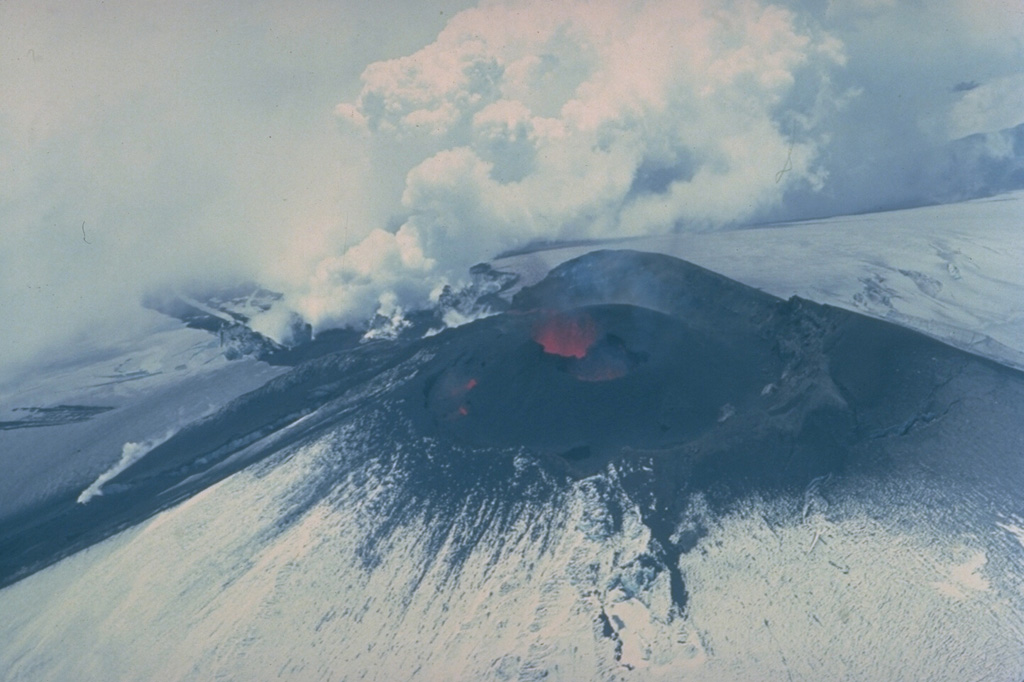 Lava fountaining from a lava lake at the NNE side of Villarrica's summit crater feeds steaming lava flows down the north and NE flanks in December 1984. The 1984-85 eruption began in August. Following intensified activity in October, the NE-flank lava flow melted a channel 50-m wide and 30-40 m deep and produced a 5-km-long avalanche. Lava melted through the ice and flowed beneath the glacier before emerging onto the surface again on November 13, generating a 3-km-long avalanche and leaving a 150-m-long ice bridge.