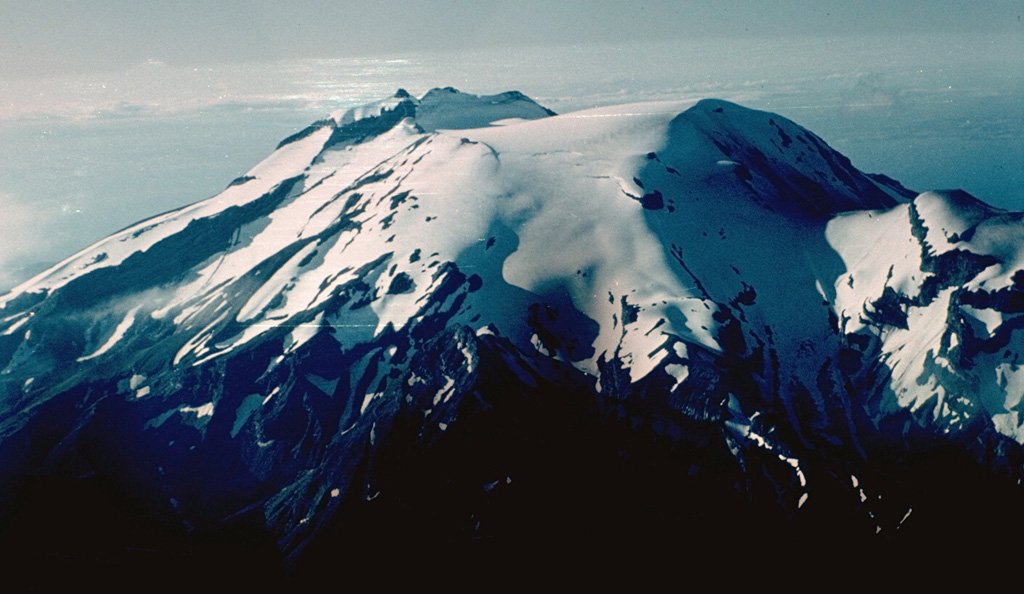 Calbuco is one of the most active volcanoes of the southern Chilean Andes. The isolated volcano rises to 2003 m south of Lake Llanquihue, which is visible at the upper right. The summit ridge (center) of the volcano is the remnant of an older volcano that collapsed during the late Pleistocene and produced a 3 cu km debris avalanche that reached the lake. Subsequent eruptions generated andesitic lava flows, breccias, and tuffs that filled the scarp and were subsequently topped by an historical lava-dome complex (right center).