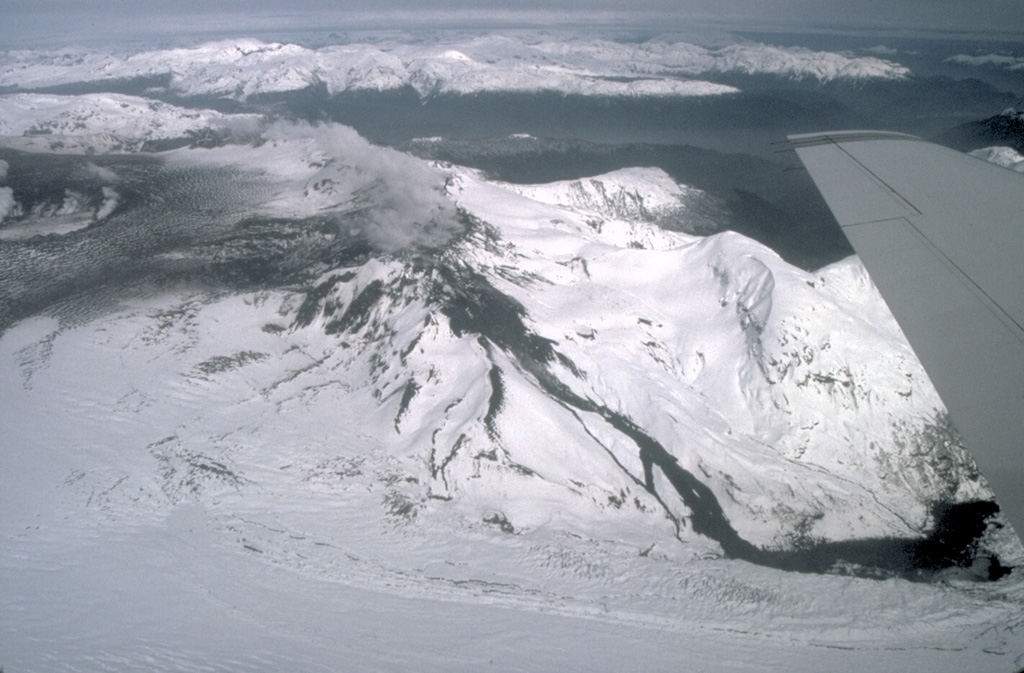 The dark streak descending the NW flank of the caldera of Hudson volcano is a lava flow that was erupted during the initial stages of the 1991 eruption. During the first two days of the eruption, August 8-9, basaltic ash and lava were erupted from a 4.5-km-long fissure on the western caldera rim. The lava flow traveled 4 km down the Huemules glacier. Ash from the August 12-15 paroxysmal eruption, which originated from a subglacial vent whose margin is just visible at the extreme left, darkens the caldera floor in this August 23 photo.