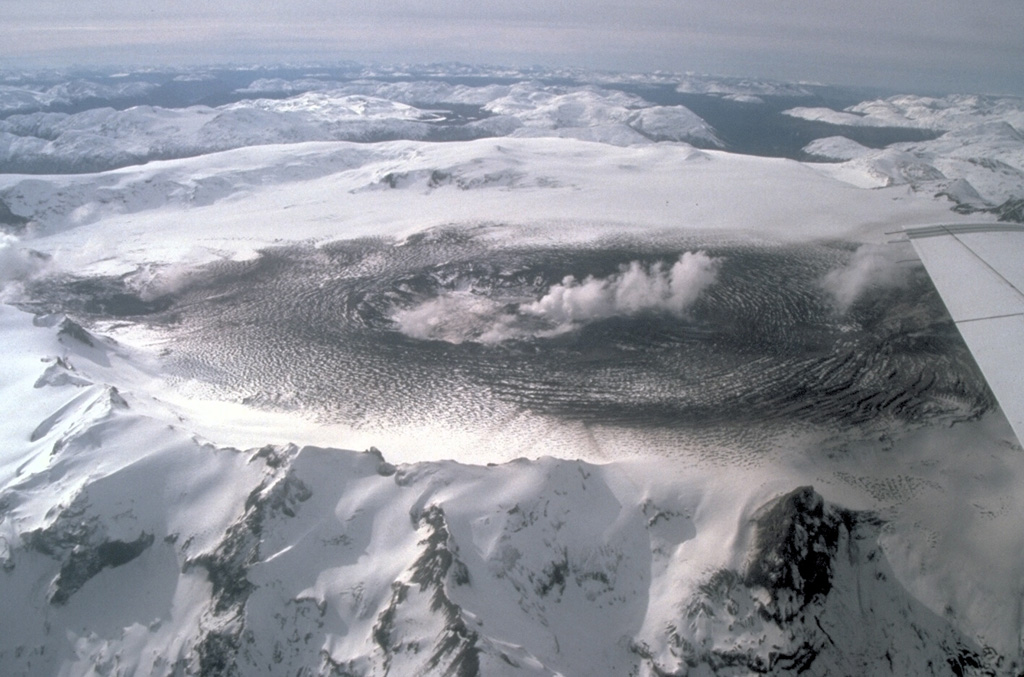 The ice-filled 10-km-wide caldera of the remote Cerro Hudson volcano was not recognized until its first 20th-century eruption in 1971. The massive, 1905-m-high Cerro Hudson, seen here from the west on August 23 during its 1991 eruption, covers an area of 300 sq km. The caldera is drained through a breach on its NW rim (upper left), which has been the source of mudflows down the Rio de Los Huemules. The 1991 eruption was Chile's second largest of the 20th century, and formed a new 800-m-wide crater in the SW part of the caldera.