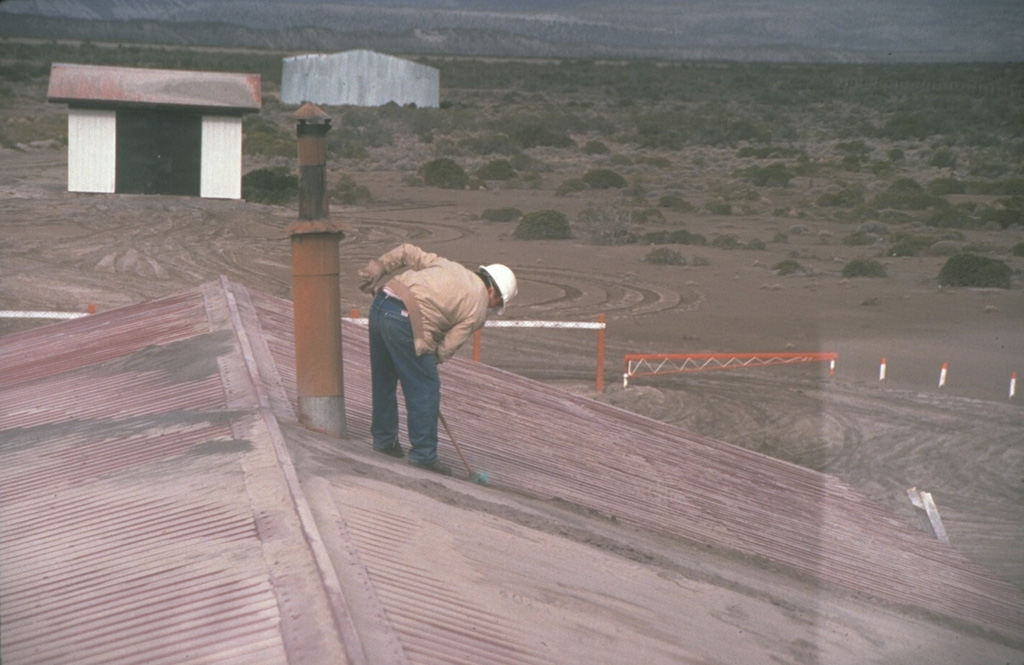 A resident of the Chilean town of Chile Chico, 125 km SE of Hudson volcano near the Argentinian border, sweeps ash from a rooftop on August 23, 1991. One of the world's largest eruptions of the 20th century took place August 12-15, 1991. It produced heavy ashfall across Argentina, damaging airport facilities and collapsing roofs of houses near the volcano. Ash fell as far away as the Falkland Islands, 1000 km to the SE. The fluorine-rich ash caused extensive mortality to grazing animals across Argentina.