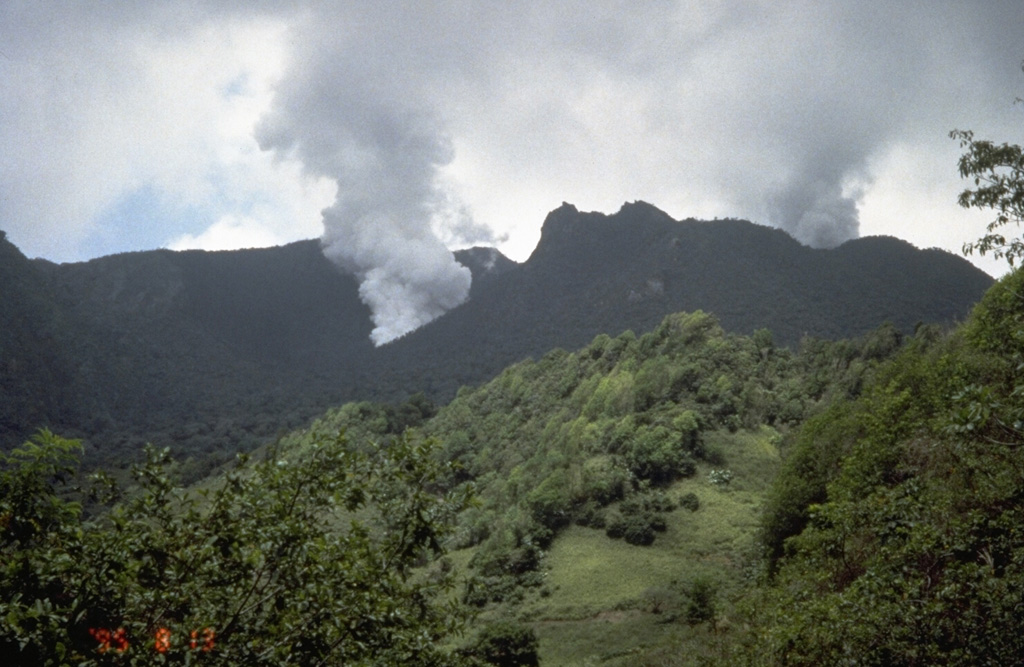 Steam rises from two vents formed in the early stages of an eruption of Soufrière Hills volcano that began on July 18, 1995. The plume from the July 18 vent rises above Castle Peak lava dome on the right skyline. The vigorous plume on the left is from a vent formed on July 28 in the moat between the dome and the south wall of English's Crater. Several more craters were formed prior to the onset of growth of a new lava dome in November 1995.