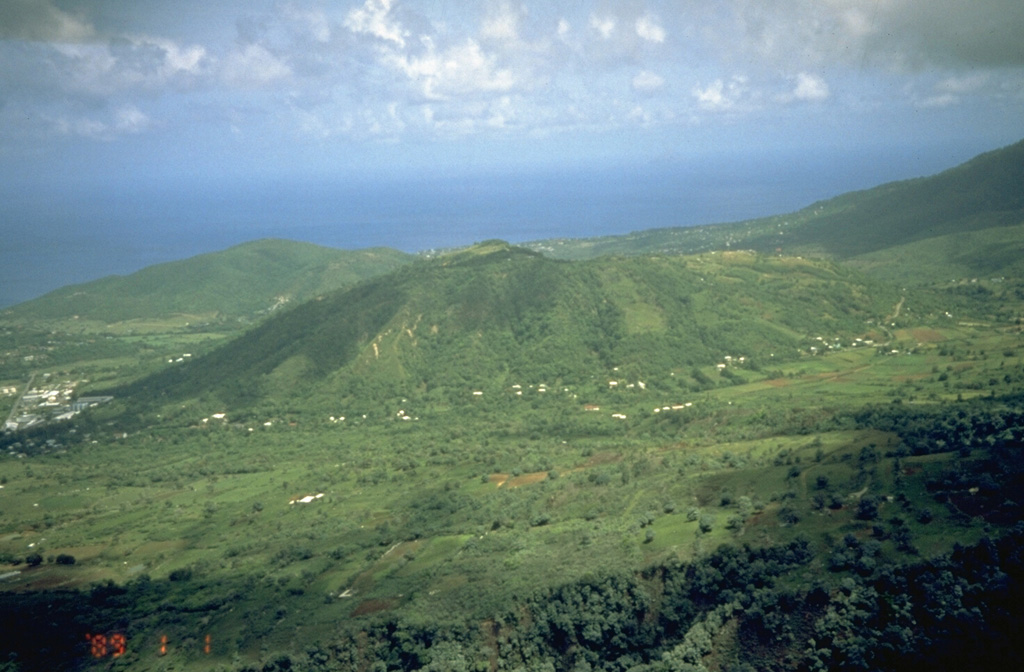 St. George's Hill (center) and Garibaldi Hill (along the coast to the left) are two Pleistocene lava domes on the NW flank of Soufrière Hills volcano. Pyroclastic flows from a lava dome growing in the summit crater flowed down the NW flank beginning in August 1997 and banked up against St. George's Hill before turning to the left and sweeping into the sea through the center of Plymouth, the capital city of the island of Montserrat. This aerial photo was taken in August 1995 from above the west flank of the volcano.