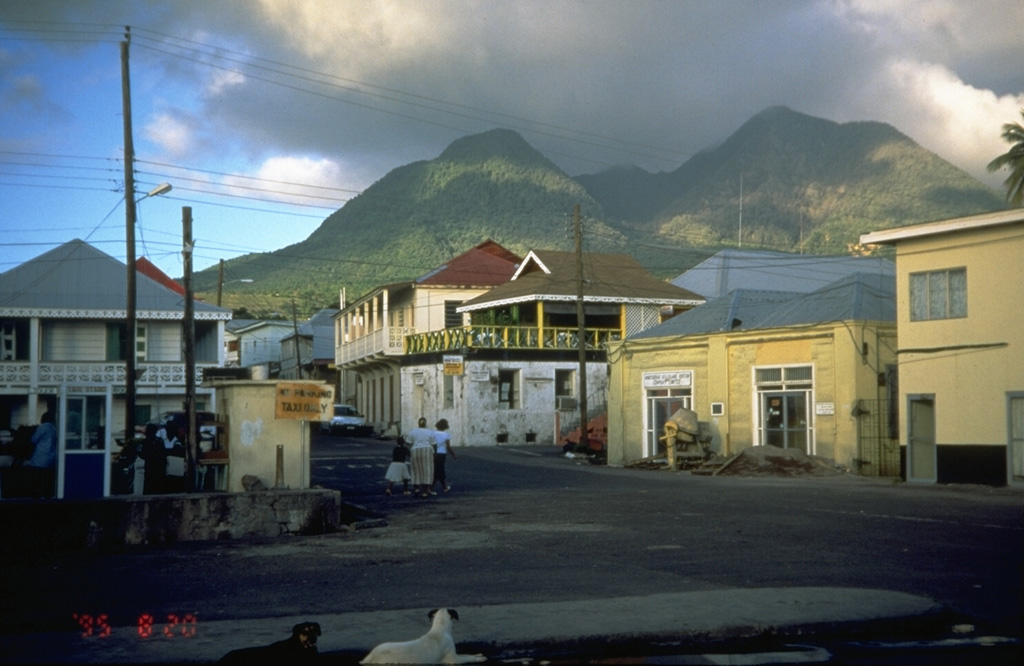 The summit of Soufrière Hills volcano towers above the streets of Plymouth, the capital city of Montserrat Island. Plymouth is located only 4 km west of the volcano, on relatively flat pyroclastic-flow deposits from previous eruptions. This photo was taken in August 1995, shortly after the start of a long-term eruption that severely impacted the island. A lava dome that grew above the height of the crater rim produced pyroclastic flows that by August 1997 swept into the sea through the center of the evacuated city of Plymouth.