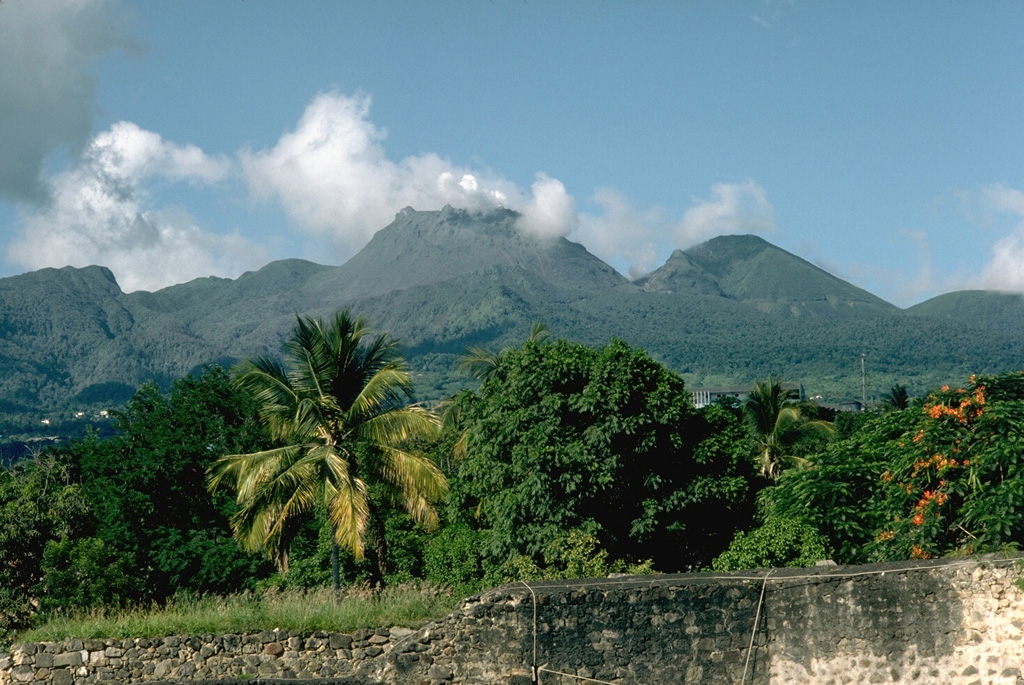 Steam rises from a 500-year-old lava dome that forms the summit of La Soufrière volcano on Guadeloupe. It was constructed within the 1-km-wide, horseshoe-shaped Amic Crater, whose northern rim is the flat-topped ridge at the extreme left. Amic Crater was the source of a major explosion and debris avalanche about 3100 years ago during an eruption that resembled the 1980 Mount St. Helens eruption. The peak to its right is l'Echelle, a young cinder cone. This September 1976 view is from the west. 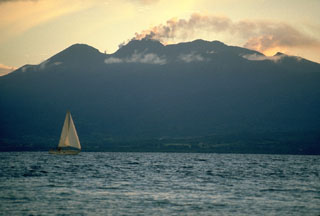