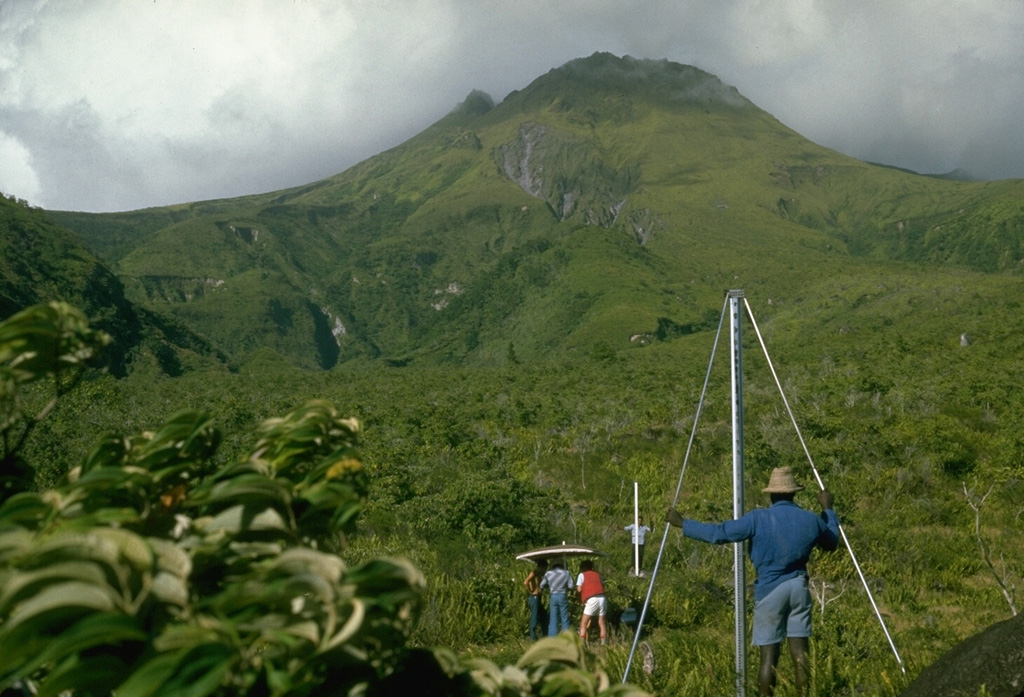 The summit of Pelée volcano rises immediately above scientists from the Mount Pelée volcano observatory and the Smithsonian Institution who are taking precision leveling measurements on the west flank. This procedure, sometimes referred to as "dry tilt," detects deformation of the volcano that often precedes an eruption by measuring the precise differences in elevation between two stadia rods placed on fixed points. This technique is part of monitoring efforts by the observatory to help detect future eruptions of this scenic, but deadly volcano.