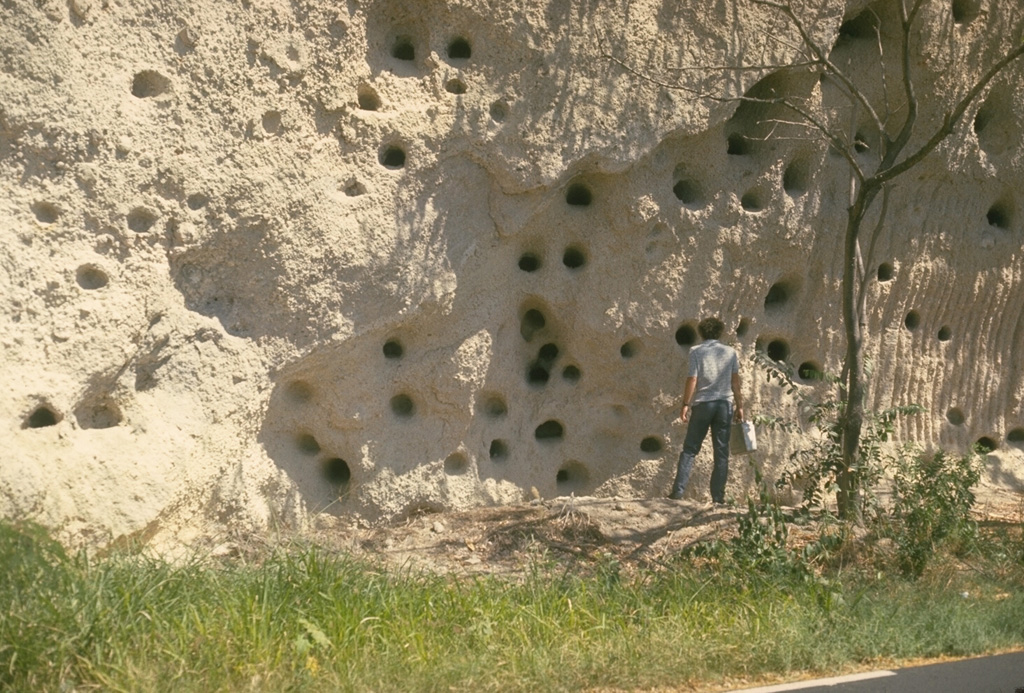 This photo portrays an unusual combination of geology and history. The light-colored deposits in this outcrop south of St. Pierre are pyroclastic-flow deposits similar to those of eruptions that destroyed the city in 1902. The abundant large holes in the outcrop are not a volcanological phenomenon, but were produced by cannon balls blasted into the unconsolidated deposit during British-French wars for control of the island of Martinique.