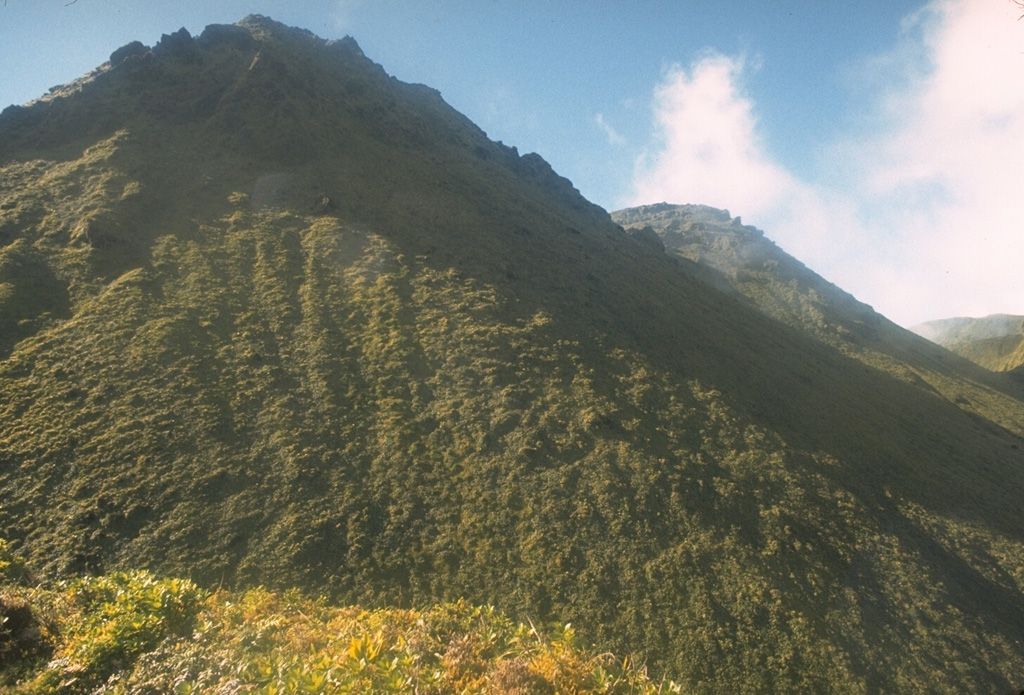 Two lava domes fill much of the Caldiera de l'Etang Sec crater at the summit of Mount Pelee. The lava dome at the left, seen from the east rim of the crater, was formed during an eruption that began in 1929. The vegetated knob halfway down the right skyline is a lava dome from the 1902 eruption. The 1929 eruption was similiar to that of 1902, but smaller in scale. After explosive removal of part of the 1902 dome, growth of a new dome began in January 1930. Pyroclastic flows accompanied dome growth until the end of 1932.