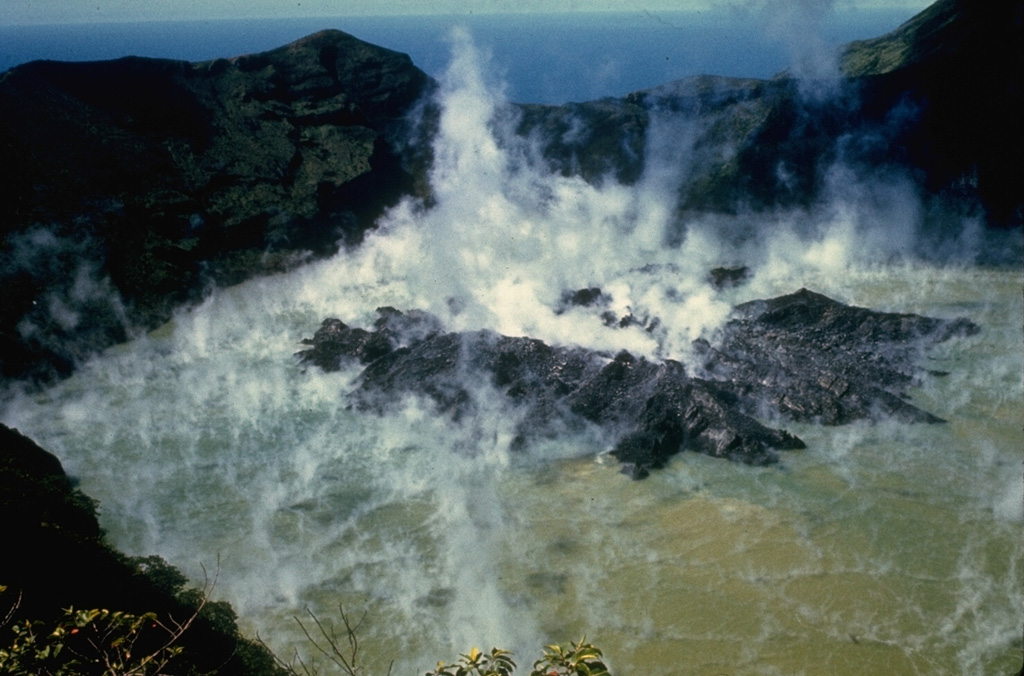 A growing lava dome rises above the surface of the steaming crater lake of Soufrière volcano in December 1971. The dome first breached the surface of the lake on November 20, after extrusion began sometime in late September or early October. Its height increased at an intial rate of 2-3 m/day before it stopped growing on March 20, 1972. Unlike other historical eruptions of Soufrière St. Vincent volcano, the 1971-72 eruption was non-explosive.