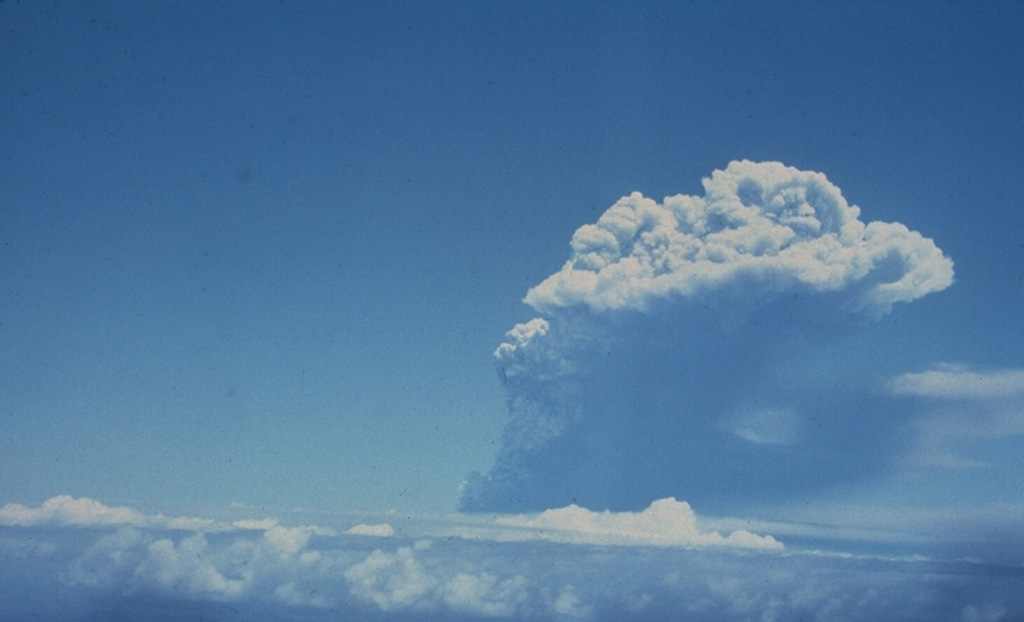 An eruption column at the right rises above atmospheric clouds on the afternoon of April 13, the first day of the 1979 eruption of Soufrière St. Vincent volcano. The ash column reached a height of 10 km. Several explosions took place on the 13th, two on the 14th, and single explosions occurred on the 17th, 22nd, and 25th. A pyroclastic flow on the 14th descended the west flank and traveled at least 10 km out to sea.