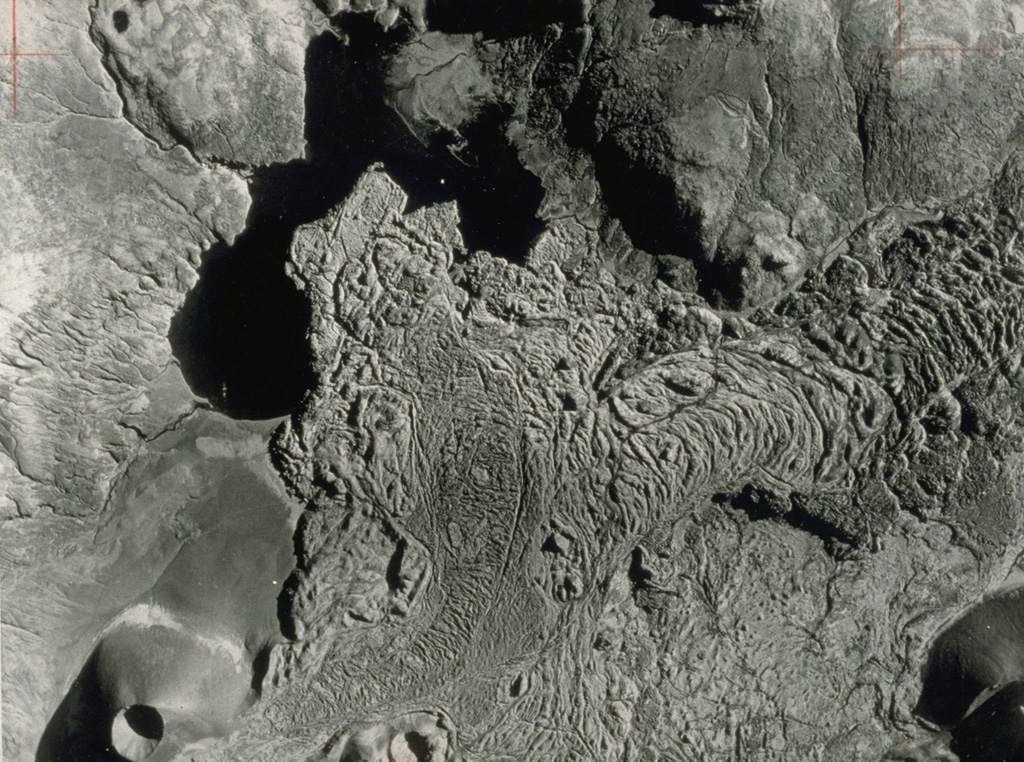 This vertical aerial photo, with south to the top, shows the symmetrical Graakula cinder cone at the lower left, which erupted about 4000 years ago and produced a lava flow that entered Selvallavatn lake. The flow is part of the Ljósufjöll volcanic system, which is composed of a group of cinder cones and lava flows along short fissures on a roughly 90-km-long WNW-ESE line. The latest eruption at Ljósufjöll post-dated the settlement of Iceland, and took place about 1000 years ago.

Photo by Landmælingar Islands, courtesy of Jack Green (published in Green and Short, 1971). 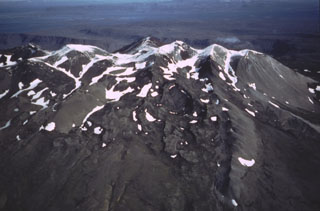