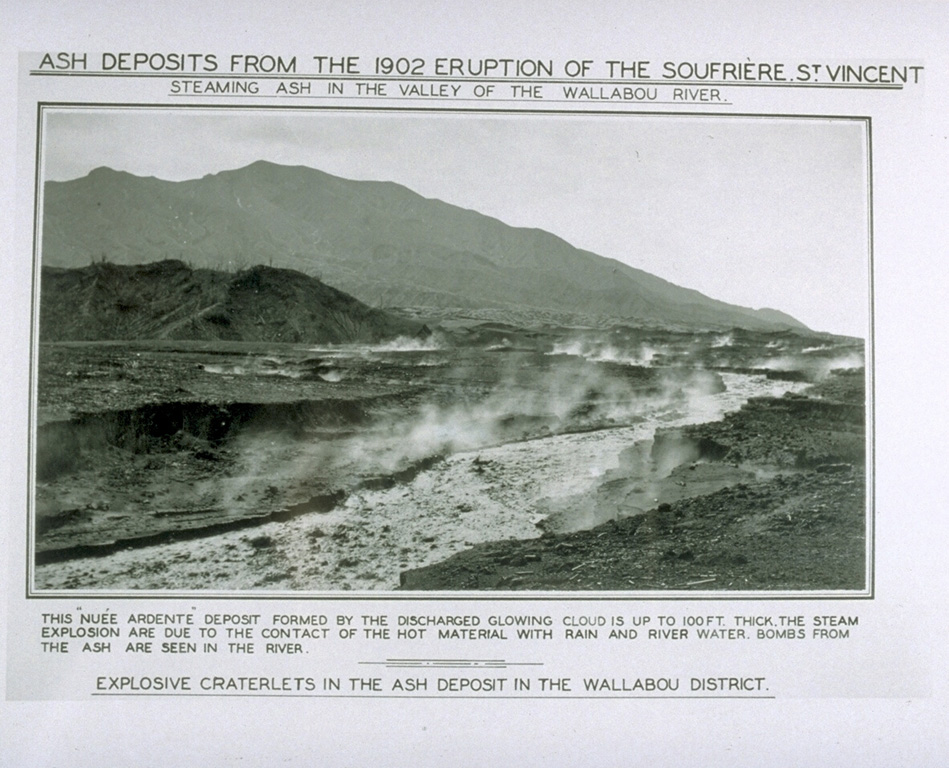 Steaming pyroclastic-flow deposits fill the floor of the Wallibou valley on the SW flank of Soufrière volcano following a powerful eruption on May 7, 1902. Pyroclastic flows reached the coast on all sides of the volcano during one of the largest eruptions in the West Indies in historical time. Pyroclastic flows during this eruption were even more extensive than those that occurred the following day from Mount Pelèe volcano in Martinique, but this eruption is less-well known because of the much greater loss of life at St. Pierre.