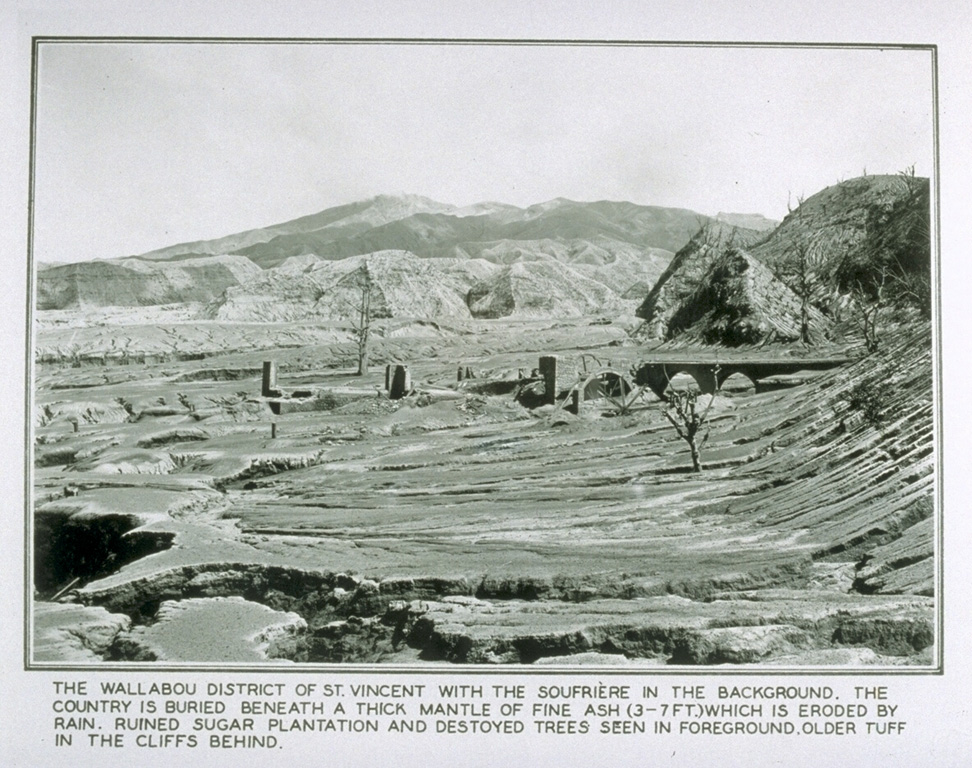 A powerful explosive eruption on 7 May 1902, the day before the much better known eruption of Pelèe on Martinique, devastated the northern part of St. Vincent. This view from the Wallibou valley with the summit of Soufrière volcano to the NE, shows the effect of pyroclastic flows that swept the flanks to the sea. he eruption killed 1565 people and caused extensive damage, including that to the sugar mill in the foreground. Intermittent explosive eruptions continued until March 1903.