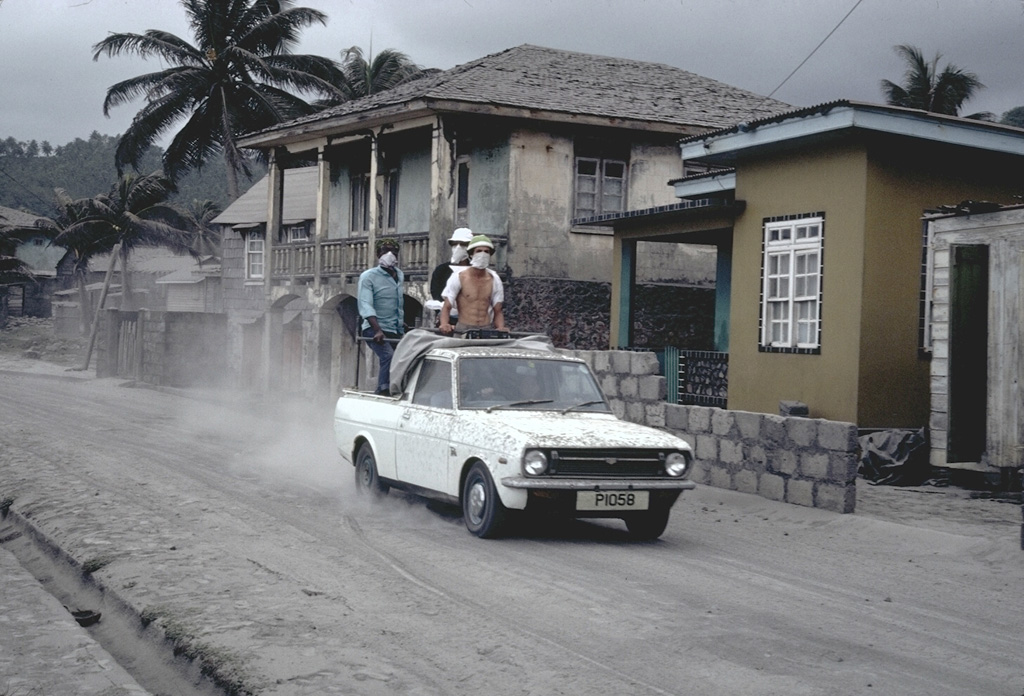 A truck filled with people evacuating the eruption of Soufrière volcano drives through the streets of the city of Georgetown, SE of the volcano, in April 1979. The riders are wearing masks because of ashfall. About 15,000 people were initially evacuated from the northern half of the island, which had been devastated by a previous eruption in 1902.