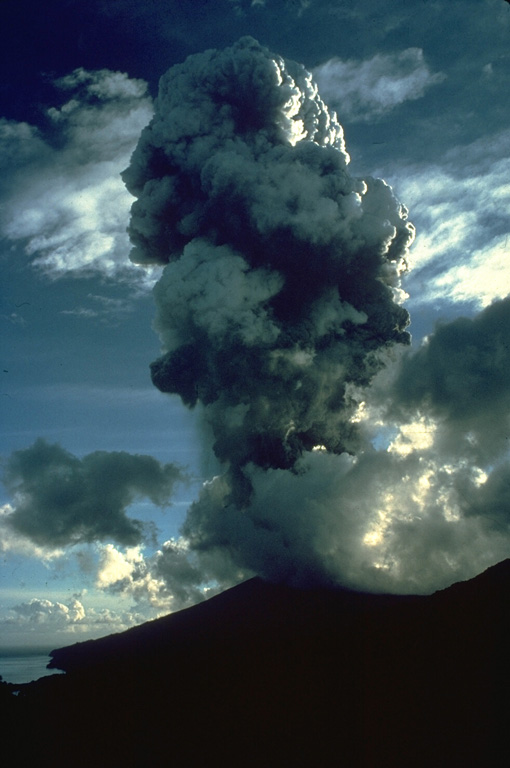 An eruption plume rises above the summit of Soufrière St. Vincent volcano on April 22, 1979. A series of powerful explosive eruptions beginning on April 13 ejected the crater lake and removed the summit lava dome. Pyroclastic flows occurred during several of the explosions and reached the west (lefthand) coast on April 14. Following the cessation of explosive activity on April 25, a lava dome began growing in the new crater on May 3. It eventually reached a height of 130 m and covered 840 m of the crater floor.