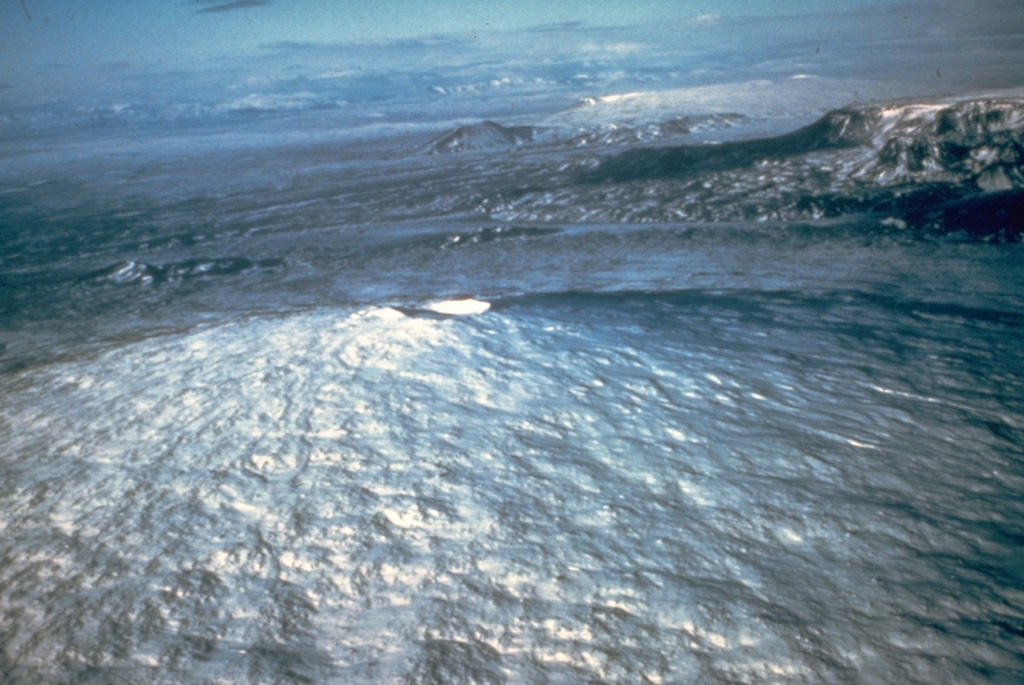 The broad shield volcano Skjaldbreiður (seen here) rises about 500 m above its surroundings, and has an approximately 300-m-wide summit crater. This volcano formed within the southern part of the Oddnyjarhnjukur-Langjokull volcanic system, between Thorsjökull glacier and Thingvallavatn lake, during the first half of the Holocene. 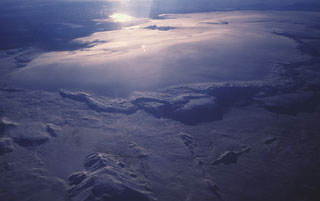