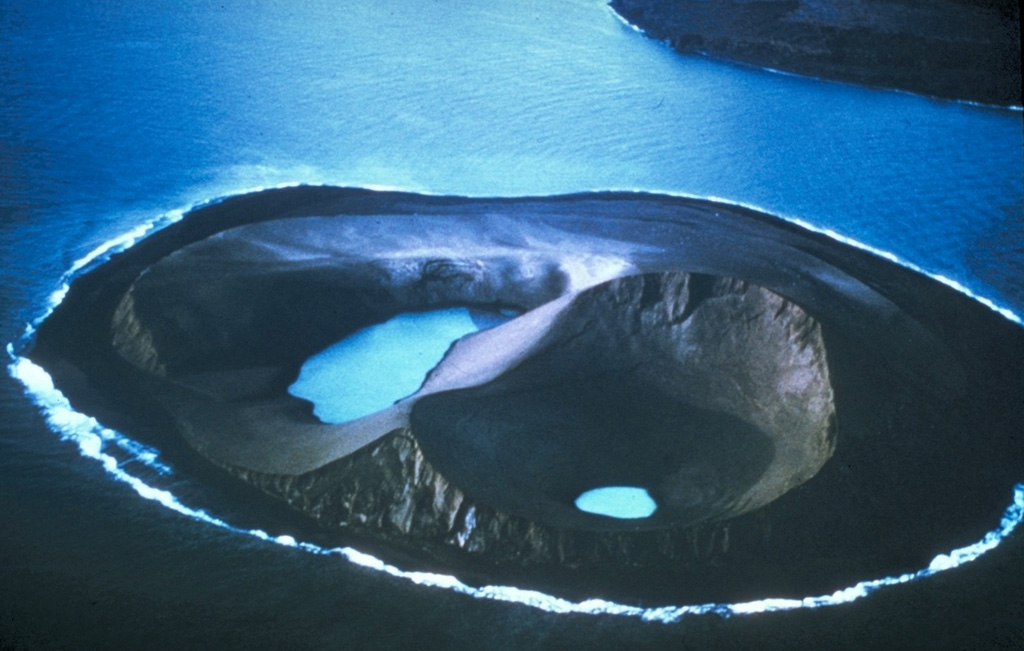 Water was present in two craters on Jolnir Island on 22 August 1966, less than two weeks after it ceased erupting. Jolnir was formed during repeated submarine eruptions that began in October 1965, immediately SW of the new island of Surtsey (upper right), rising above sea level and then being destroyed by erosion multiple times before it ceased activity on 10 August. No lava flows were produced, and a month after this photo was taken the loosely consolidated ash deposits that formed the island were eroded away.