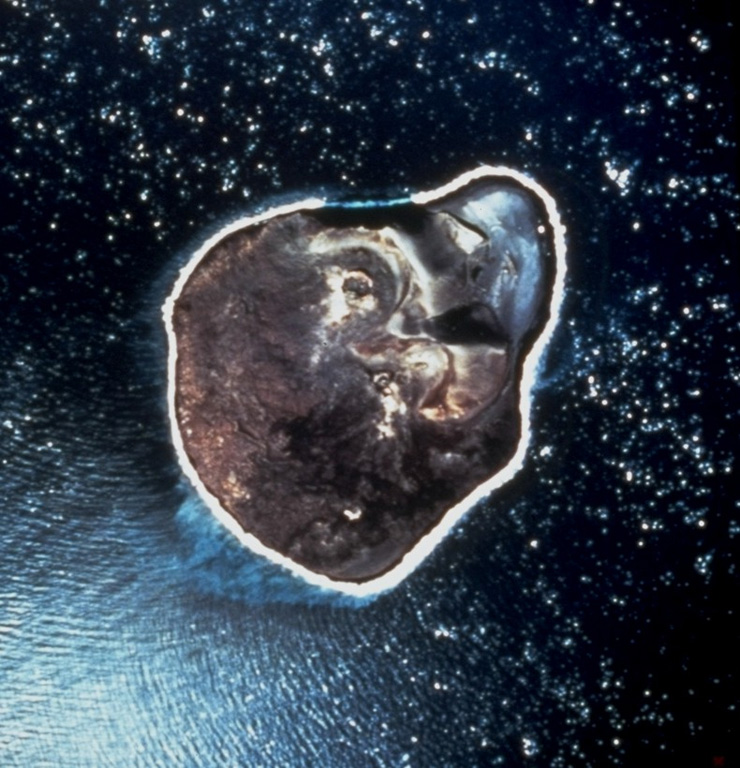 An April 1968 vertical aerial photo shows the ~2-km-wide island of Surtsey, less than one year after eruptive activity ceased. This island was formed during eruptions from November 1963 until June 1967 CE. Initial submarine eruptions rapidly produced a new island that became permanent after lava effusion began in 1964. The remains of two cinder cones and associated craters can be seen in the northeast (top) of the island. Several other ephemeral islands around Surtsey that were not armored by lava are now eroded beneath the ocean surface.