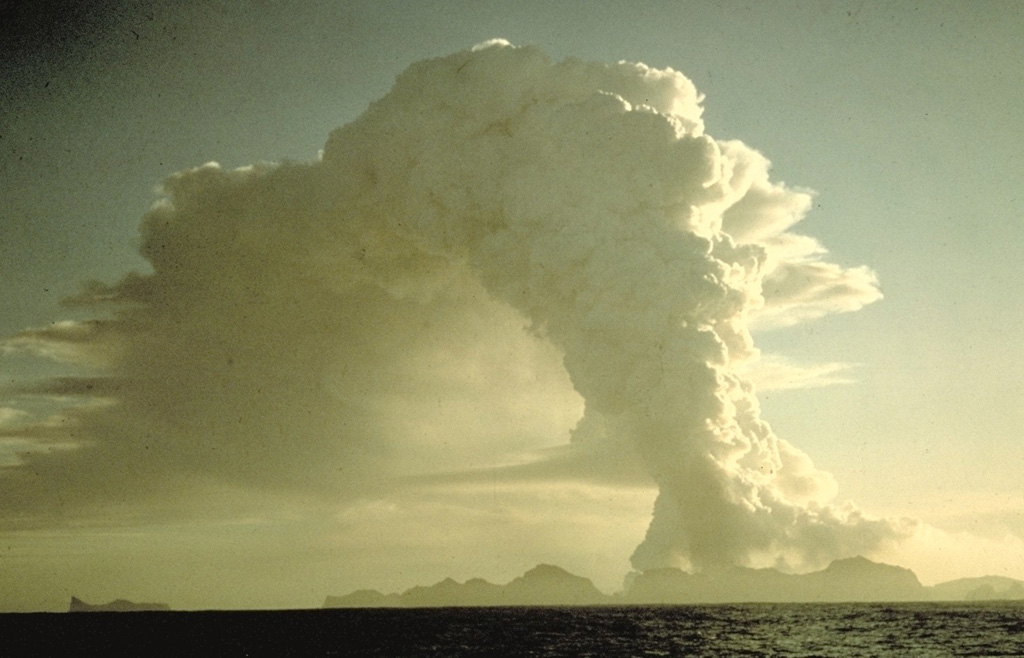 A column of steam and ash towers above the island of Heimaey on January 25, 1973, two days after the onset of its famous eruption. The mostly submarine Vestmannaeyjar is the southernmost volcanic system in the eastern volcanic zone of Iceland. It consists of a roughly 30 x 40 km group of volcanic islands and submarine cones occupying a shallow shelf off Iceland's southern coast. Vestmannaeyjar was the site of two of Iceland's most noted 20th-century eruptions, at Surtsey during 1963-67 and at Heimaey in 1973.