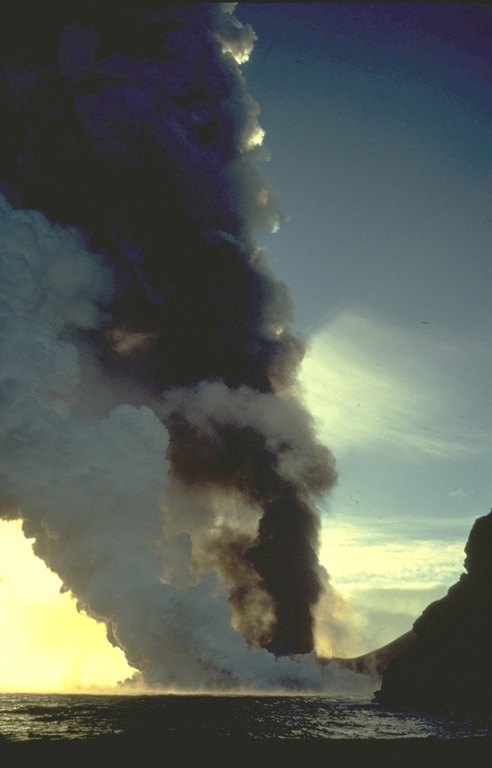 A thick column of steam rises above a lava flow that is entering the sea along the coast of Heimaey Island in January 1973. The lava flow reached the sea during the first day of the eruption. Concern that the flow would seal off the island's only harbor prompted the evacuation of all but essential personnel from the island. Nearly all of the island's 5000 residents were evacuated the first night of the eruption.