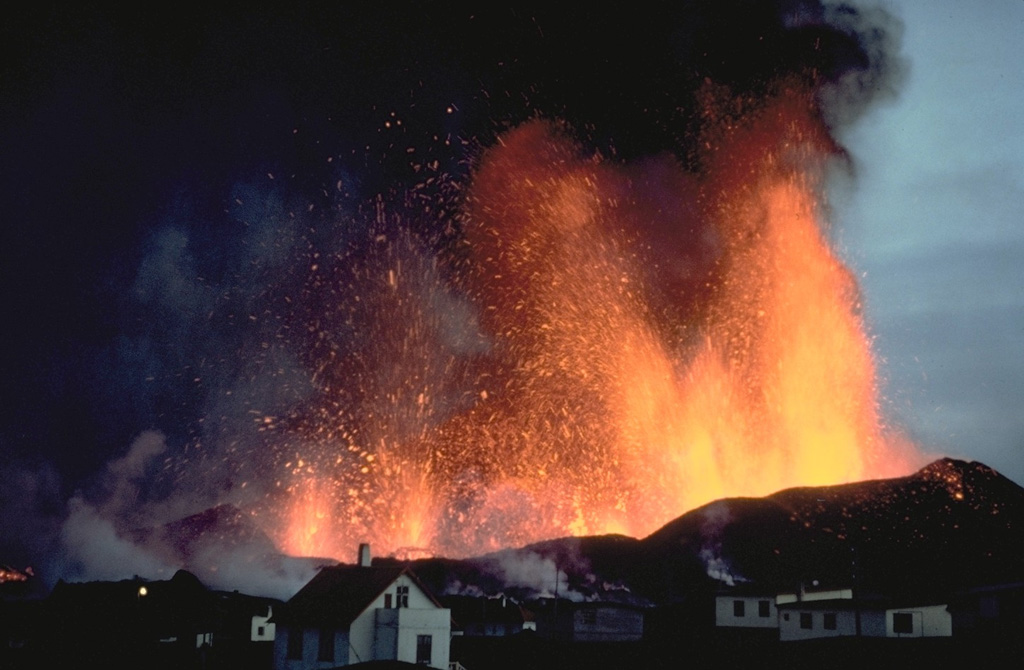 Lava fountains tower above the town of Vestmannaeyjar in March 1973. The eruption began on January 23, 1973, with explosive ejections from a NNE-SSW-trending, partly submarine fissure cutting Helgafell cone. Lava fountains built the Eldfell cinder cone and fed lava flows that reached the sea. Tephra buried more than 100 houses, and lava flows inundated parts of the town and threatened its harbor. The effects of vigorous efforts to slow the progress of the lava by spraying it with cold seawater are debated, but the flow stabilized at a point that improved the natural harbor.