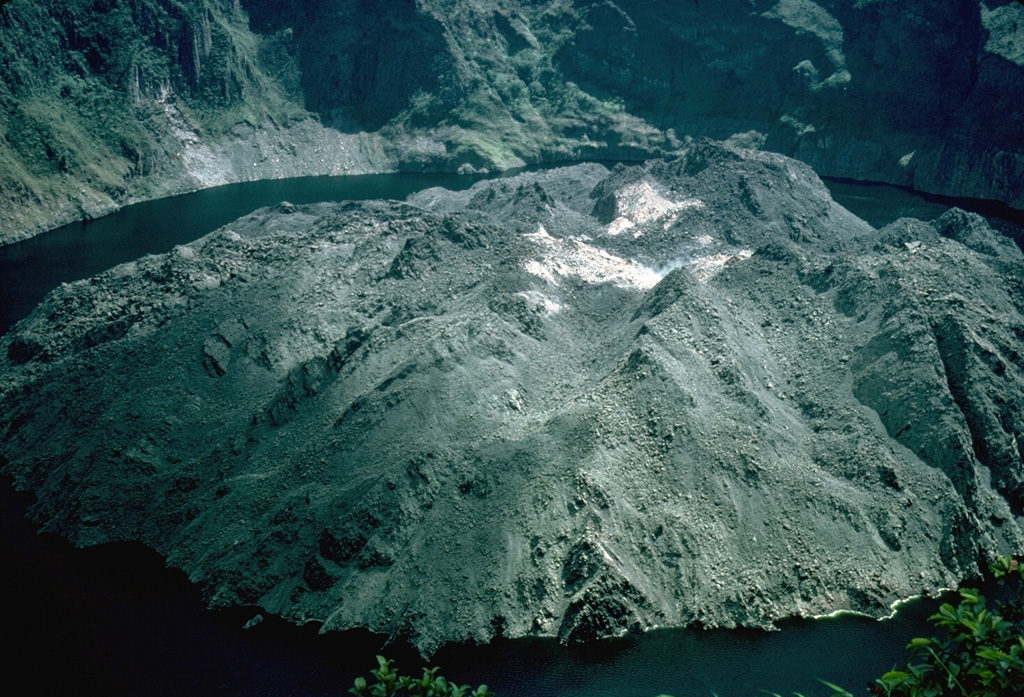 A blocky, andesitic lava dome erupted in 1971 filled much of the floor of the summit crater of Soufrière St. Vincent volcano. This 1977 photo shows the dome, which formed a 70-m-high island in the crater lake prior to its destruction during an explosive eruption in 1979. The 1971 eruption was unusual for Soufrière St. Vincent volcano in that it consisted of slow extrusion of lava that was not preceded by explosive eruptions.