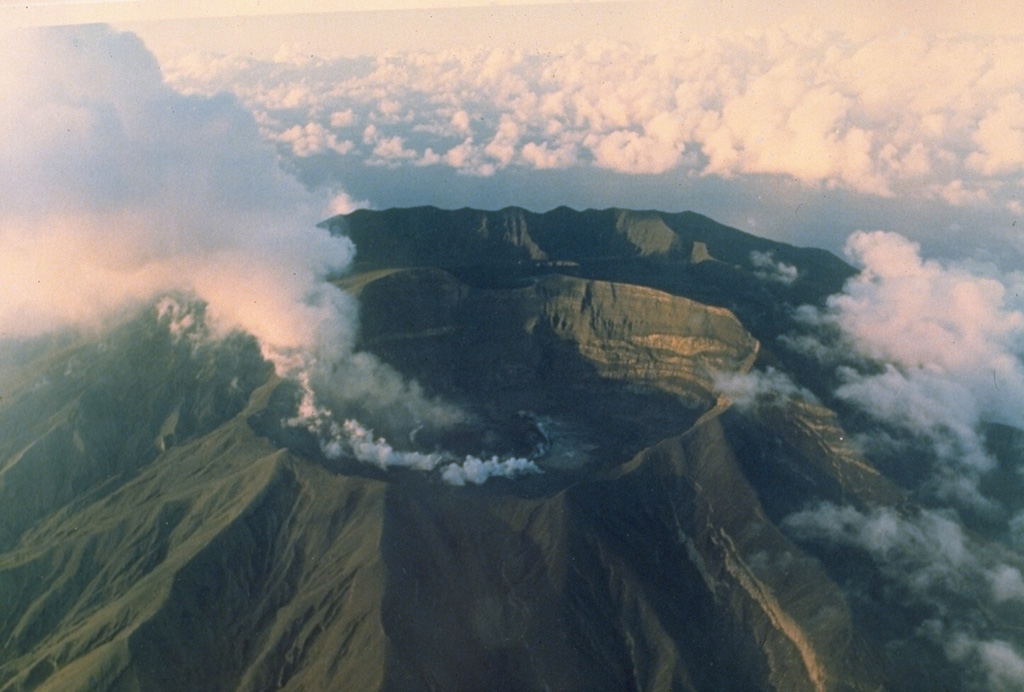 A steaming lava dome grows on the floor of the crater of Soufrière St. Vincent volcano in 1979. Powerful explosive eruptions that emptied the crater lake and removed the 1971 lava dome took place April 13-25. On May 3 a small lava dome appeared on the dry crater floor. By June 18 it had reached a height of 110 m and a width of 750 m. Diminishing dome growth took place until late October, by which time the dome was 130-m high. This photo was taken from the SW on May 15, during the early stages of dome growth.