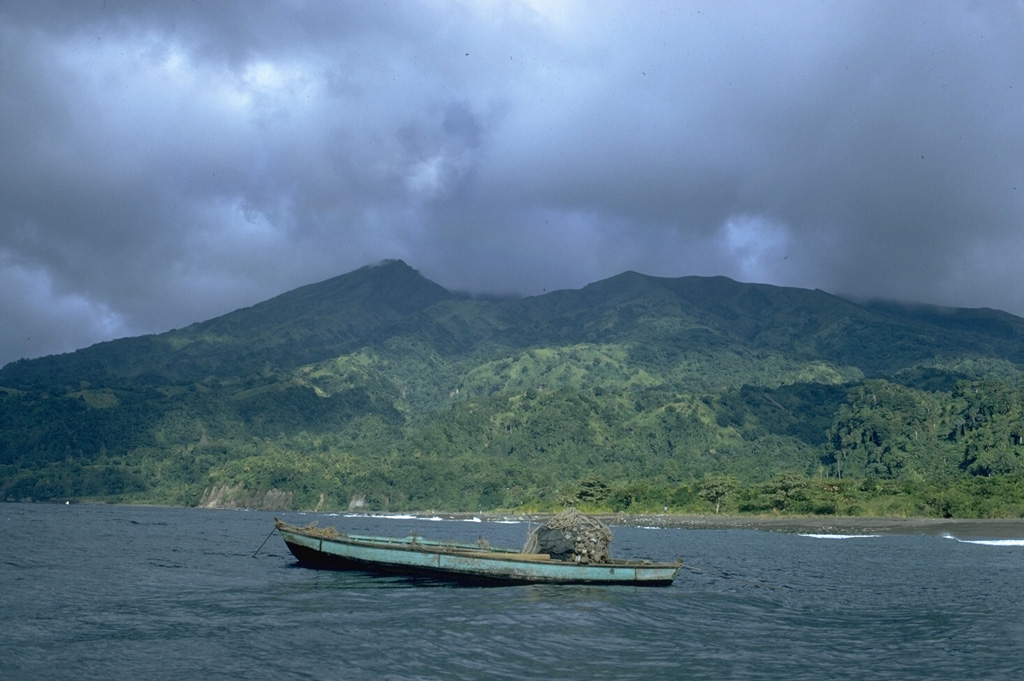 Soufrière St. Vincent volcano forms the northern end of the island of St. Vincent. The 1178-m-high stratovolcano, seen here from off the west coast, has a broad summit. The peak at the left, the volcano's high point, is the NW rim of a large crater created by a massive volcanic landslide. The present-day, 1.6-km-wide summit crater truncates a cone (forming the flat-topped area across the saddle to the right) that was constructed within the earlier crater. Several powerful explosive eruptions have occurred in historical time since 1718.