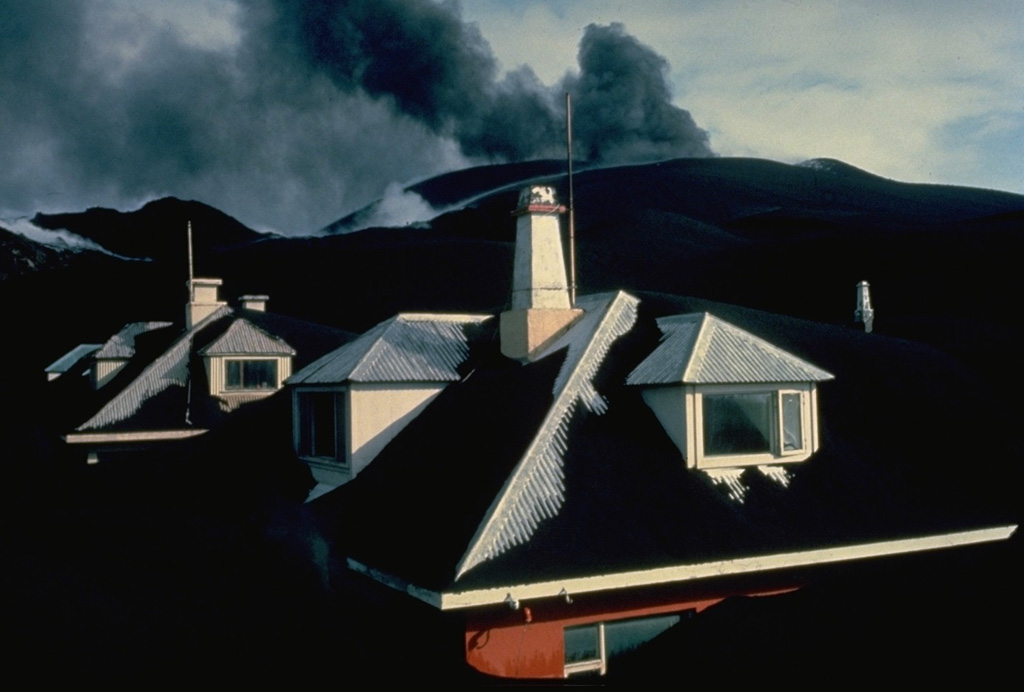 Eldfell cinder cone spews ash in the distance above the town of Vestmannaeyjar in April 1973. Thick ashfall deposits from the the volcano buried houses in the town. Most of the 5000 residents of the island were evacuated during the initial night of the eruption, which began on January 23. By the time the eruption ended on June 28, the volcano had ejected 0.02 cu km of ash, most of which fell out to sea. Following the eruption, 550 prefabricated houses were brought in from Scandinavian countries and Canada.