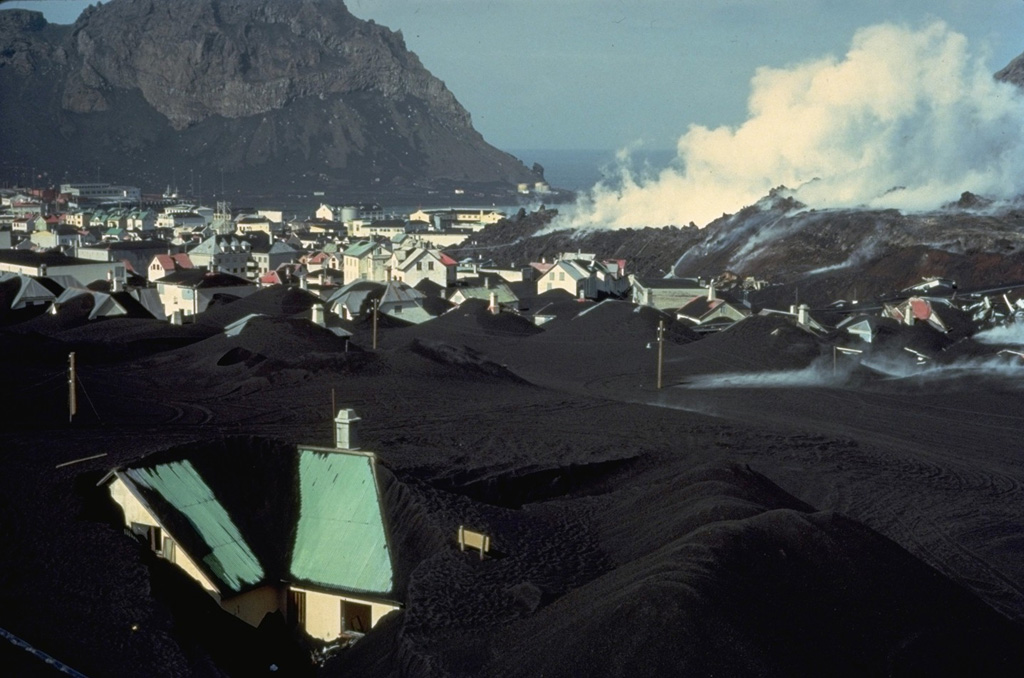 A steaming lava flow advances through the town of Vestmannaeyjar in April 1973. Houses in the foreground are partly buried by thick ashfall deposits from the Eldfell cinder cone, which began erupting on January 23. The lava flow advanced into the town's harbor, which lies between the flow and the cliff at the upper left. The flow covered a 300-m-wide, 700-m-long area in the NE part of town, burying 200 houses and buildings during a two-week period of extrusion in late March and early April.