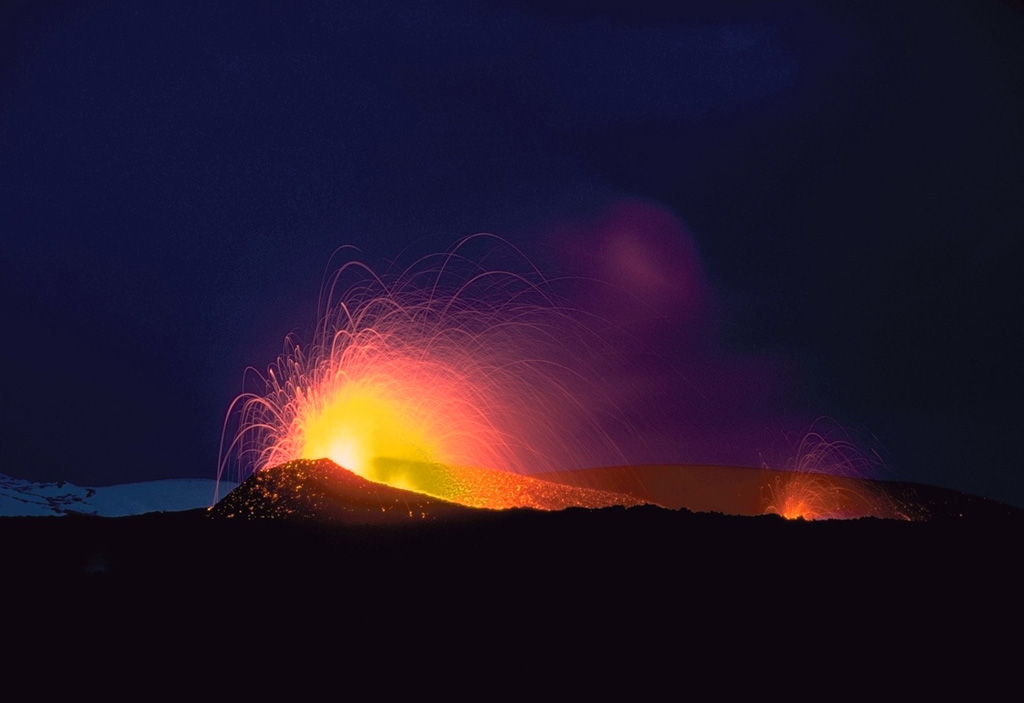 Strombolian eruptions from two vents on a fissure on the northern flank of Hekla volcano in May 1970. Three areas were active in 1970, producing lava flows to the N, W and SW. The Oldugigar vent (erupting in the foreground) and the nearby Hlidagigar vent were the source of the most voluminous lava flows of the 1970 eruption. The lava flows traveled 6 km N over uninhabited land.