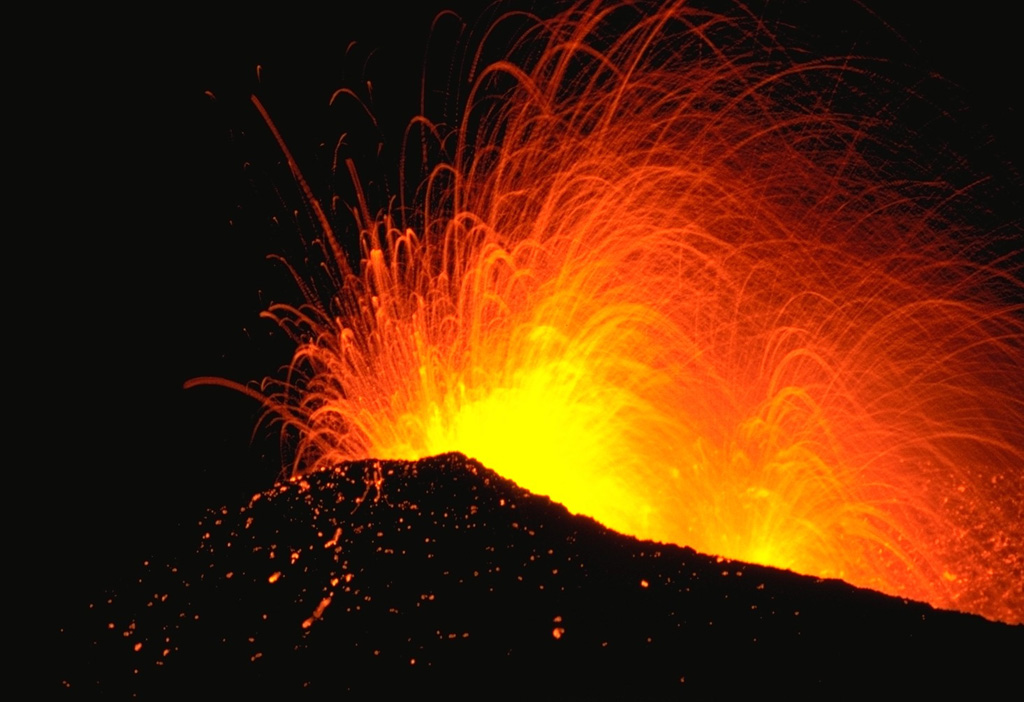 Incandescent bombs are ejected from the Oldugigar vent on the NNE flank of Hekla volcano during Strombolian activity in May 1970. This eruption began with vigorous explosive activity and was followed by effusion of lava flows that traveled to the SW, WNW, and N. The eruption lasted until July 1970.