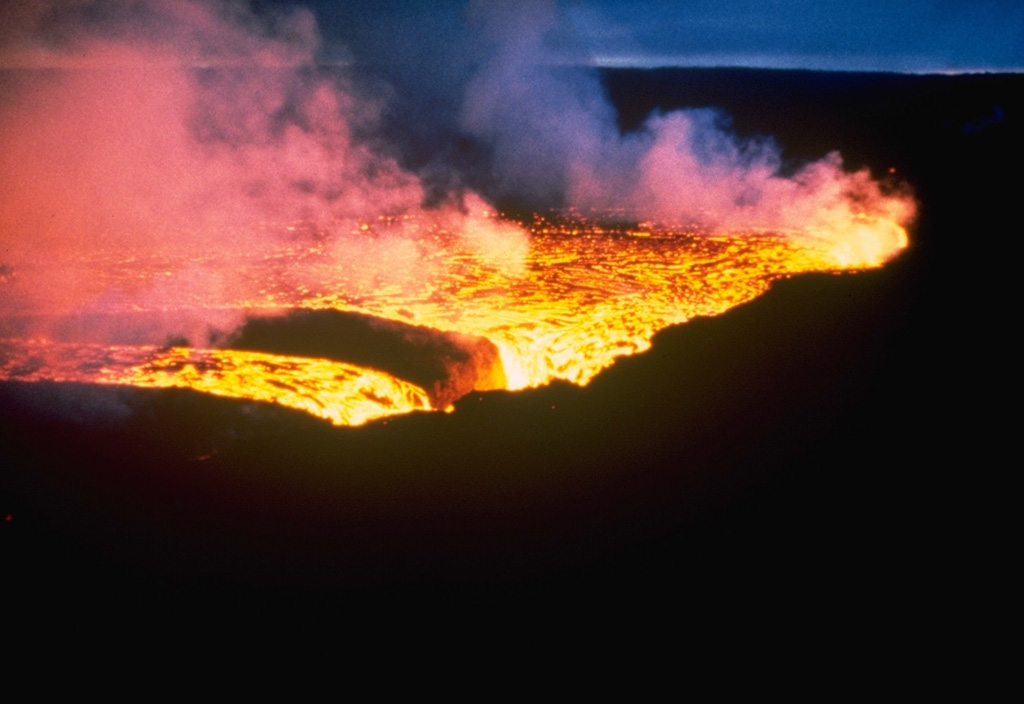 One spectacular feature of the July 1980 eruption at Krafla was the cascading of a 200-m-wide lava flow into an open preexisting fissure. Lava flowed into the fissure for several hours without filling it, so that a substantial part of the volume of erupted lava disappeared beneath the surface. The July eruption, the third of four eruptive phases during 1980, lasted eight days. The July eruption was preceded on June 15 by phreatic explosions at the southern end of the 1980 eruptive fissure system.