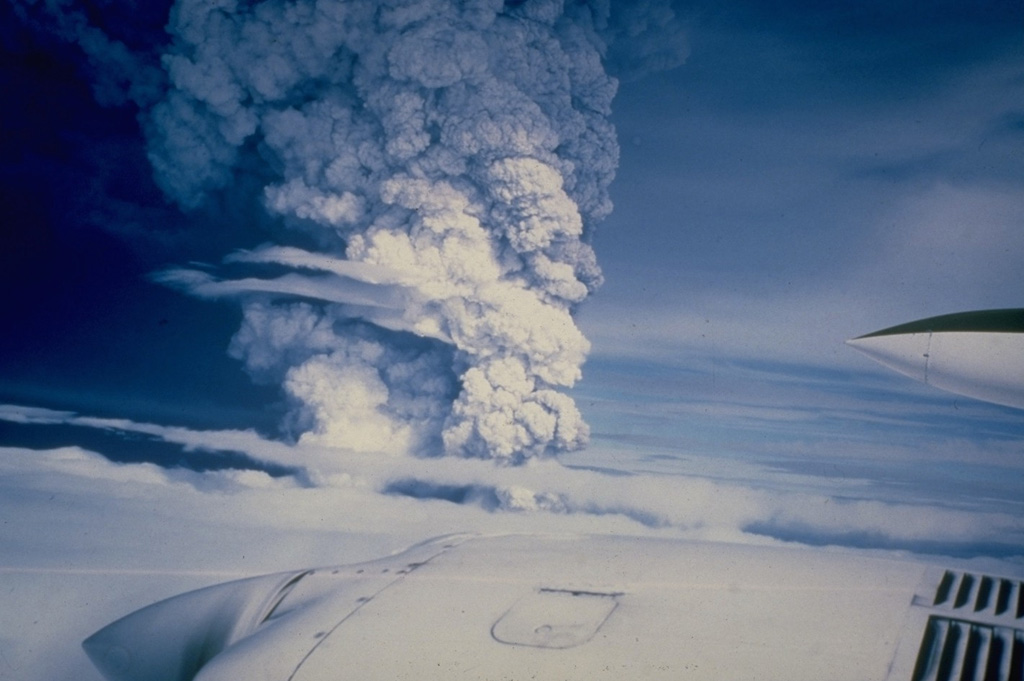 An eruption column is seen rising above a cloud layer over Hekla volcano on 17 August 1980. The eruption began with a Plinian phase producing this 15-km-high eruption column. Lava flows were simultaneously produced along the fissure that runs along the Hekla edifice. During the next three days, lava flows issued from nearly the full length of the fissure and produced six flows, primarily on the northern side of the summit ridge. One lava flow travelled about 8 km to the SW.