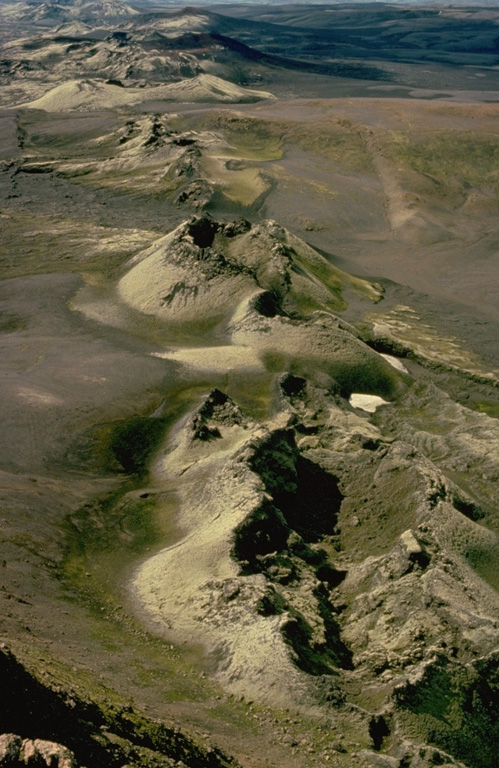 The most prominent of a series of fissures extending from Grímsvötn central volcano is the noted Laki (Skaftár) fissure, seen here, which trends to the SW. It produced the world's largest known historical lava flow during an eruption in 1783. Grímsvötn, Iceland's most frequently active volcano during historical time, lies largely beneath the vast Vatnajökull icecap. The caldera lake is covered by a 200-m-thick ice shelf, and only the southern rim of the 6 x 8 km caldera is exposed.