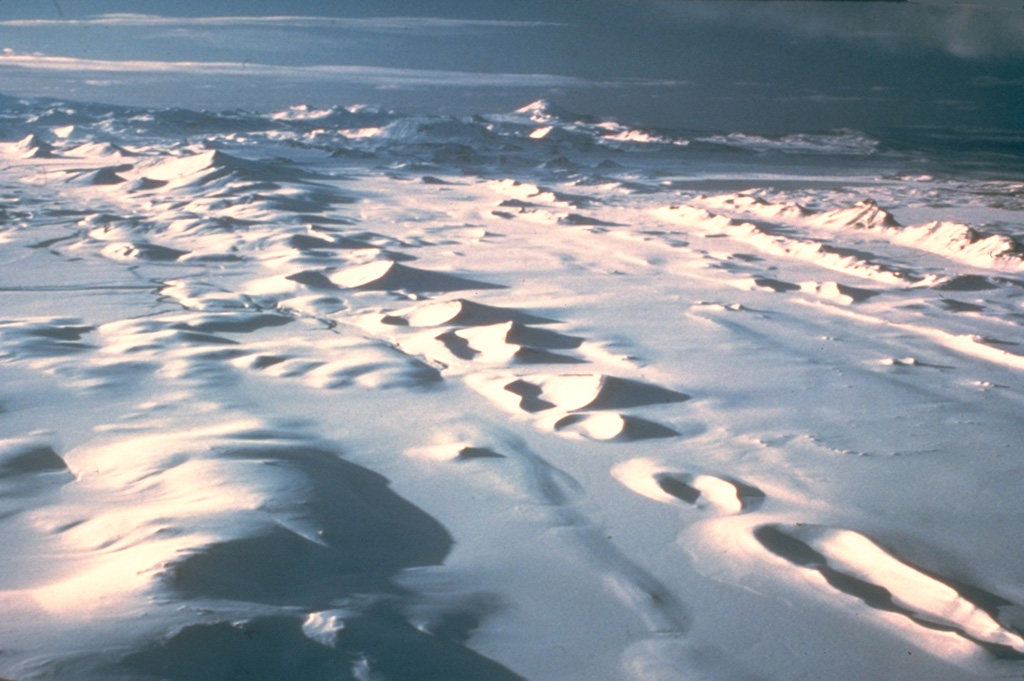 The Veidivötn fissure system, which extends about 100 km SW from Bárdarbunga volcano, has been the source of major eruptions during the Holocene. The approximately 60-km-long Vatnaöldur crater row, seen stretching across this image, formed during a major eruption on the southern part of the fissure system in about 877 CE. The explosive eruption produced large volumes of tephra and small lava flows. The peak on the center horizon is Hekla volcano.