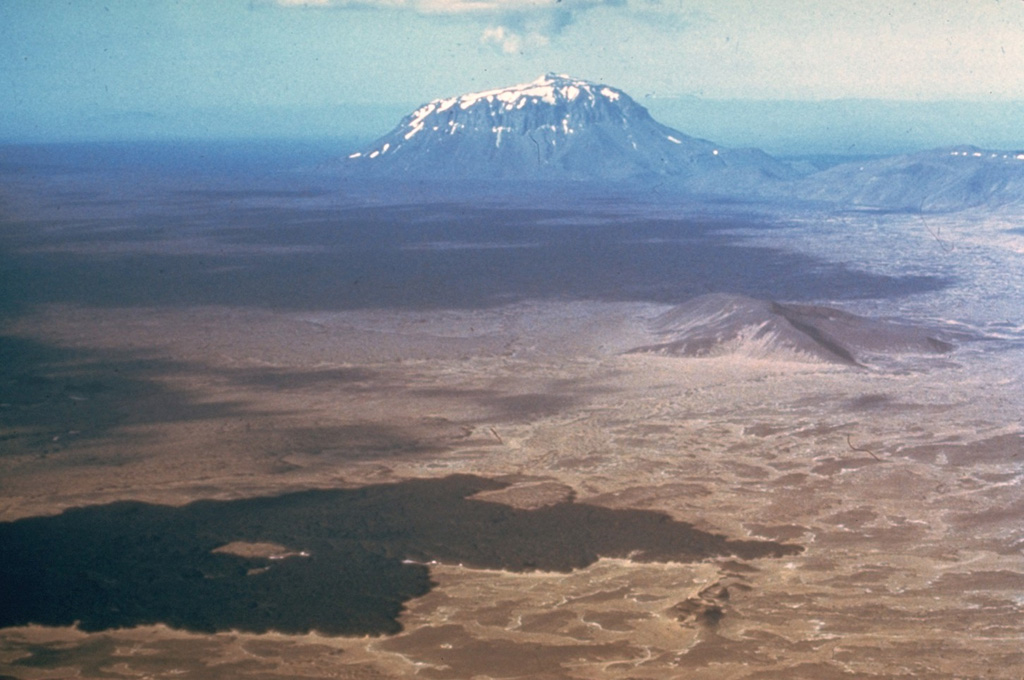 The dark Vikrahraun lava flow in the foreground was erupted from the NE side of Askja caldera in 1961. The flat-topped mountain in the distance to the NE is Herdubreid, the most famous of Iceland's "table mountains." These steep-sided mountains were formed by repeated eruptions during the Pleistocene through the glacial icecap. The subglacial lava flows and fragmental hyaloclastite rocks ponded against the melted walls of the glacier. Only at the last stage were minor subaerial lavas erupted above the icecap, forming the small summit peak.