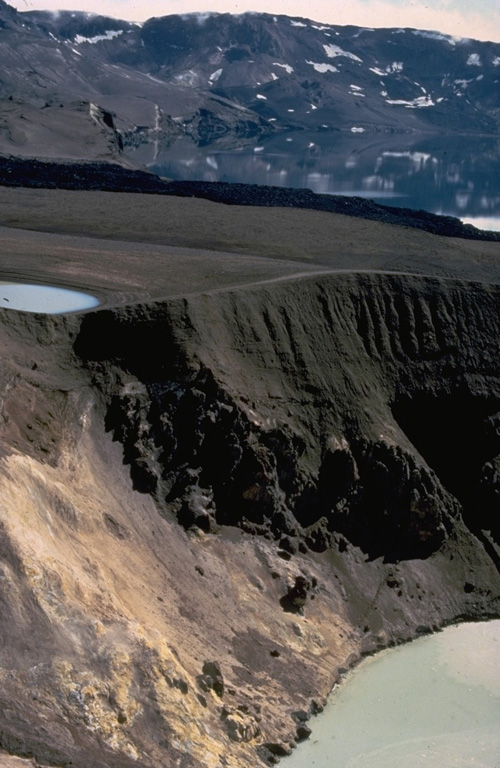 The steep-walled Viti crater in the foreground was formed during an eruption of Askja that began on January 1, 1875. A powerful plinian phase beginning on March 28 was preceded by caldera collapse that continued slowly for several years. Viti ("Hell") crater, now filled by a small lake, was created by phreatic eruptions that followed the plinian explosions.