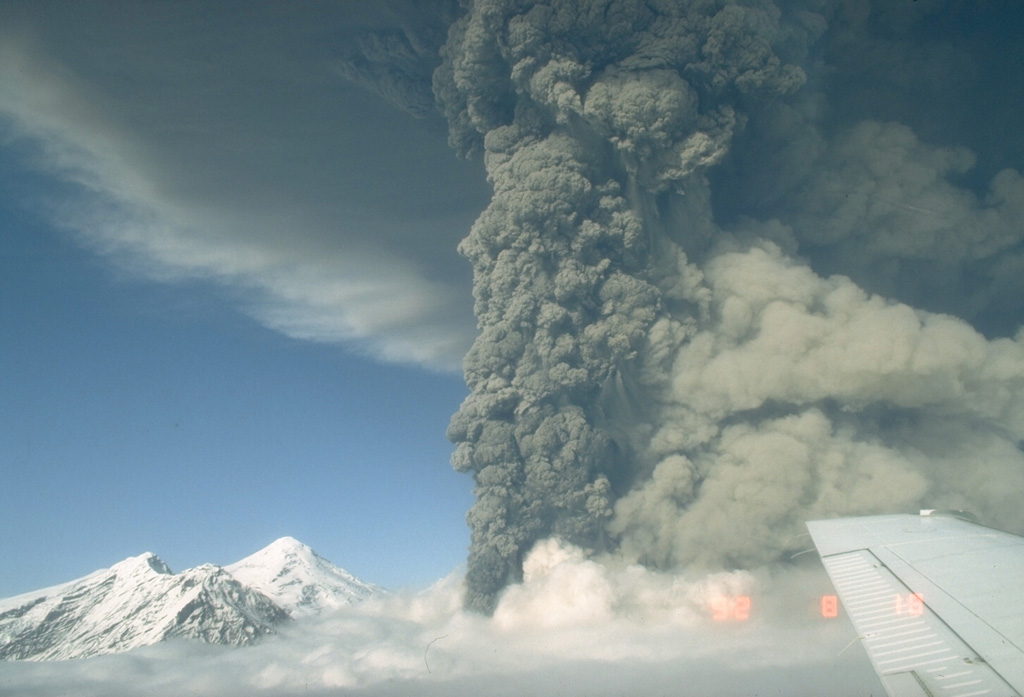 This photo shows an ash plume during the eruption of Spurr on 18 August 1992. A lighter plume rises above pyroclastic flows descending the SE flank to the right and the summit lava dome complex is to the left. The 18 August event was the second of three brief powerful explosive eruptions in 1992.