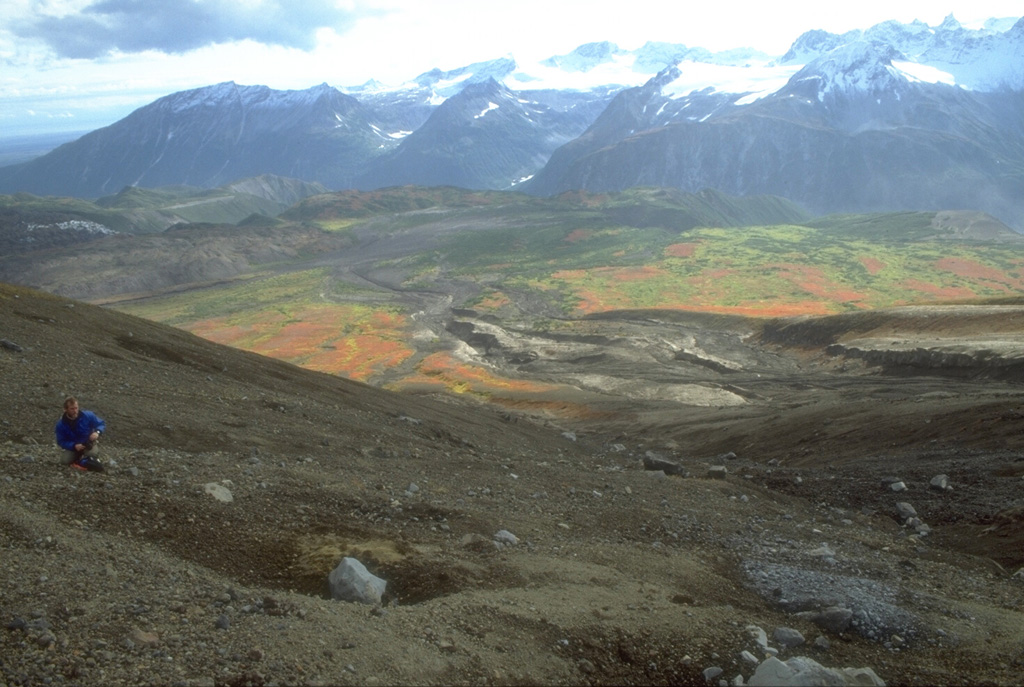 A volcanologist from the Alaska Volcano Observatory inspects an impact crater in the left-foreground formed by a dense block ejected during the 18 August 1992, eruption of the Crater Peak vent on Mount Spurr. Pyroclastic flow and lahar deposits from the 1992 eruption form the darker areas descending SE-flank valleys. This 1993 view looking away from Spurr shows glacier-covered plutonic and sedimentary rocks of the Alaska Range in the background.