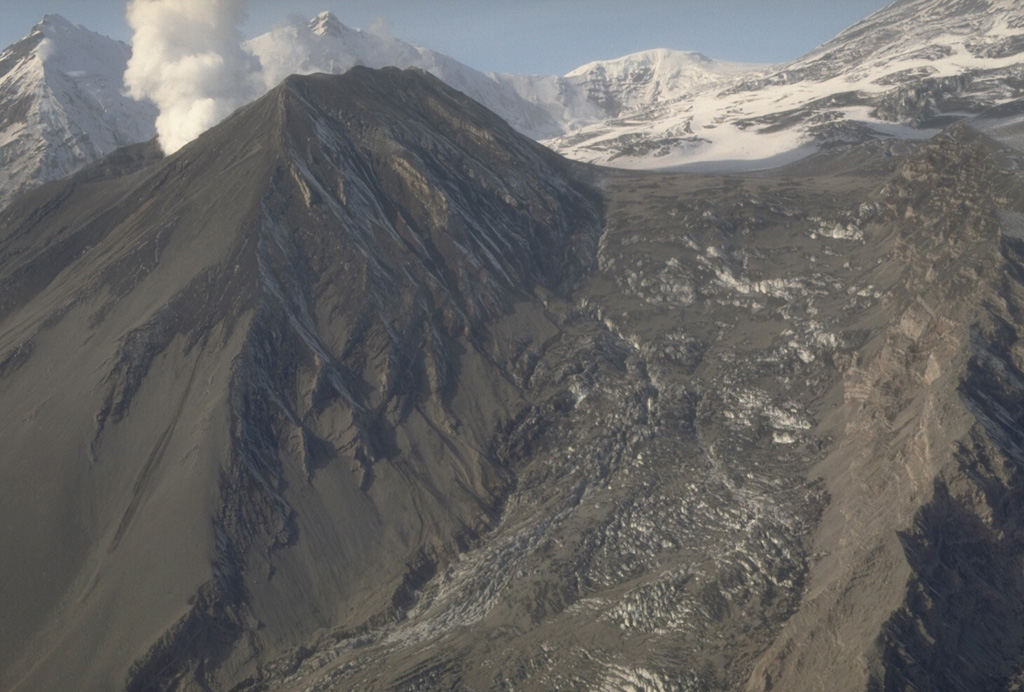 The last of three brief 1992 explosive eruptions at the Crater Peak vent of Mount Spurr showered hot debris onto the Kidazgeni Glacier immediately east of the cone. In this 23 September view, six days after the end of the eruption, a plume rises from Crater Peak and dark pyroclastic material covers the flanks of the cone and adjacent glacial ice.