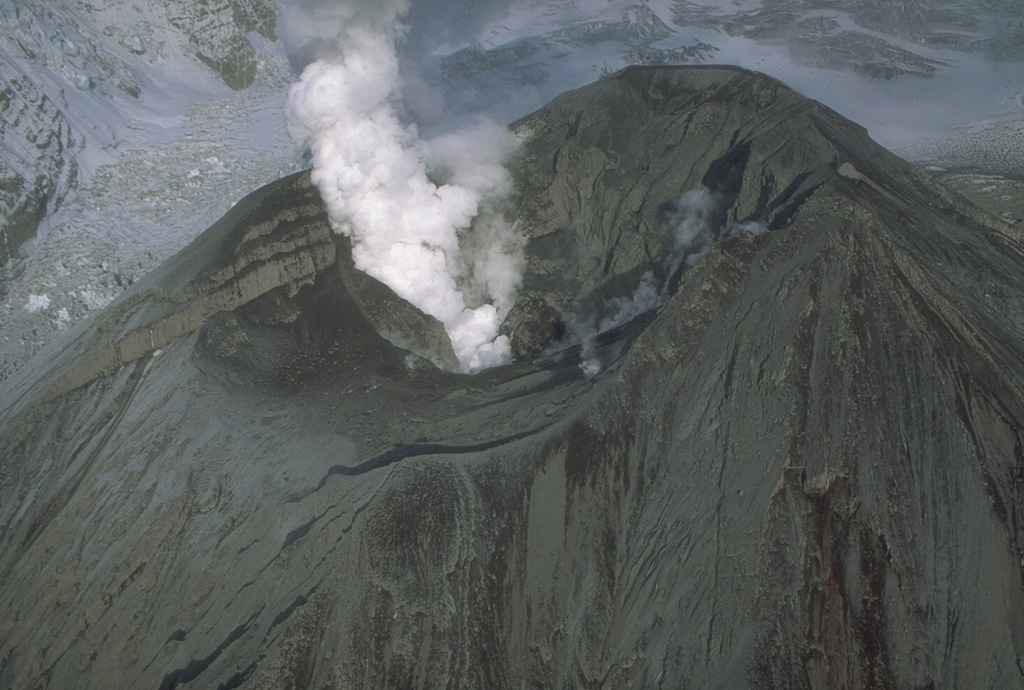 Following the three eruptions of 1992, the interior of the Crater Peak vent at Mount Spurr contained tens of meters of new eruption deposits. All traces of the former lake had disappeared. A plume of steam and volcanic gas continued from the vent for several years. This photo was taken on 26 September, nine days after the eruption ended.