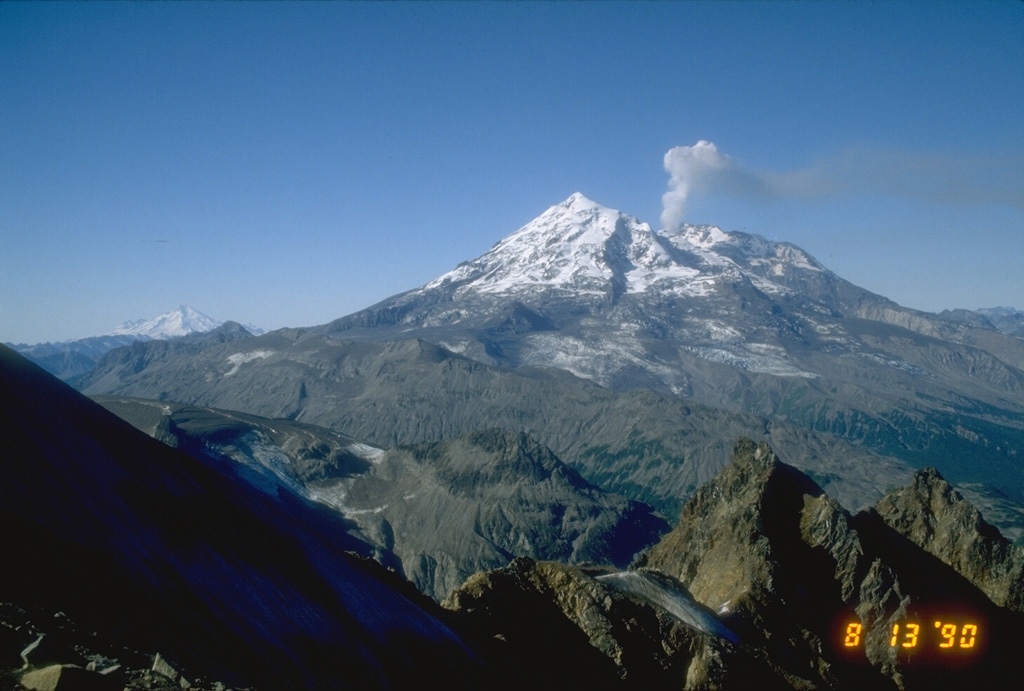 Redoubt is on the west side of Cook Inlet, 170 km SW of Anchorage. It was constructed over a basement of glacially eroded Mesozoic granitic rocks, seen here in the foreground. The volcano has been very active during the Holocene, producing at least 30 tephra layers in the Cook Inlet basin stratigraphy. A plume rises from the summit crater in this view from the NE following its 1989-90 eruption. Iliamna is visible in the distance to the left.