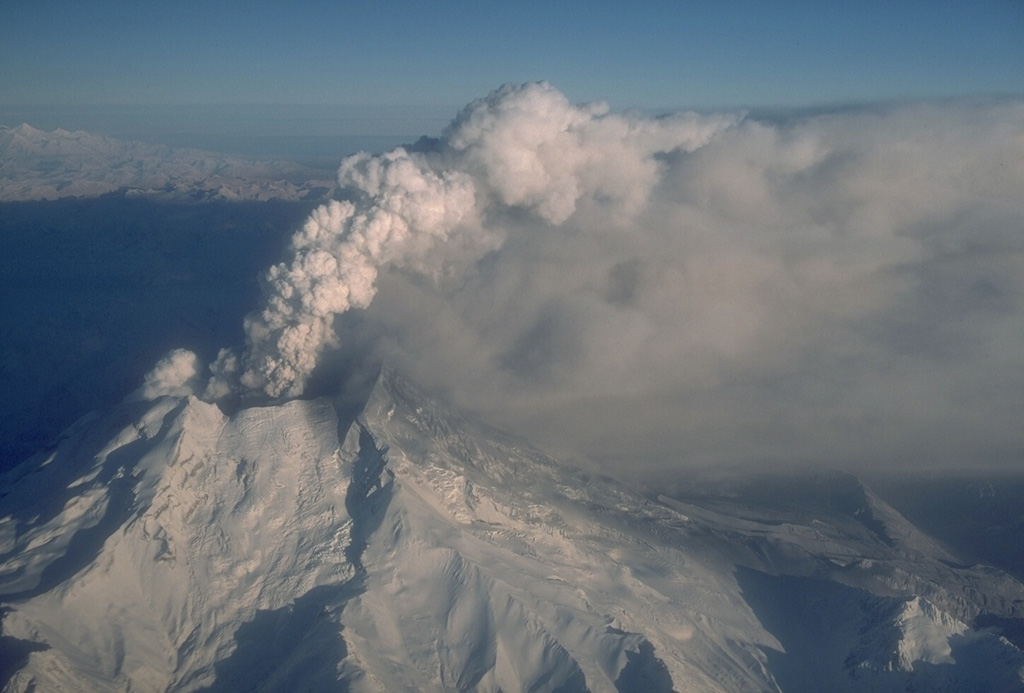 A gas-and-ash plume rises above Redoubt on 18 December 1989. The eruption began with a major explosion on 14 December that created a new vent in the summit crater. A lava dome was extruded in the new vent but was repeatedly destroyed by explosive eruptions. Pyroclastic flows and lahars often travel down the Drift River valley to the N and NE.