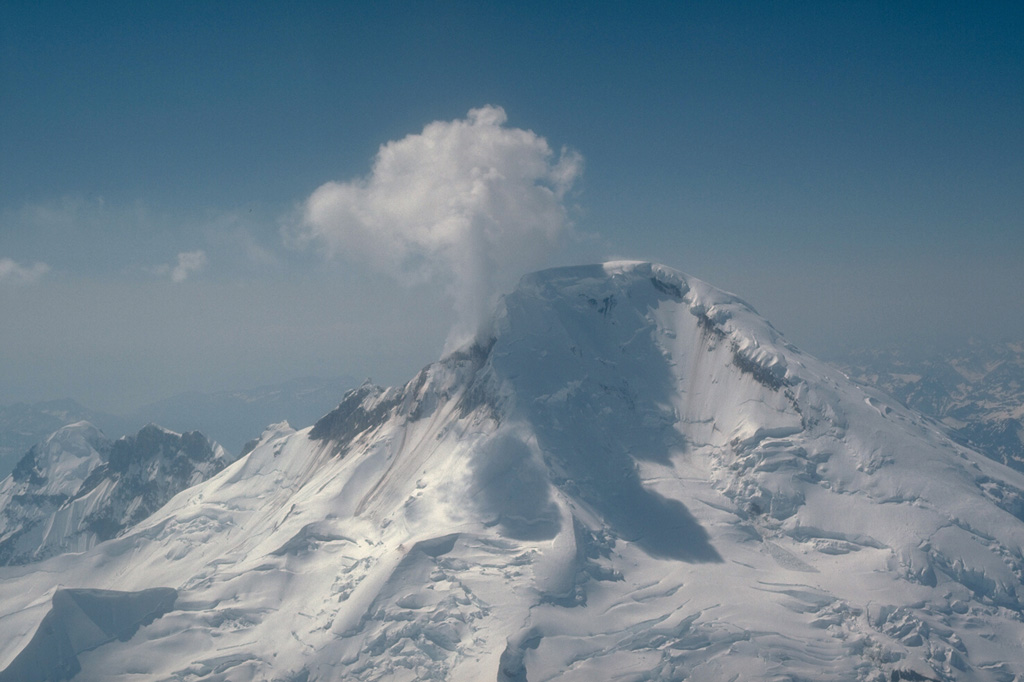 The north face of Iliamna, one of the Cook Inlet volcanoes monitored by the Alaska Volcano Observatory, is seen in this 6 May 1986 aerial view. Steam and volcanic gas rise from the near-continuously active fumaroles high on the eastern and southern flanks.