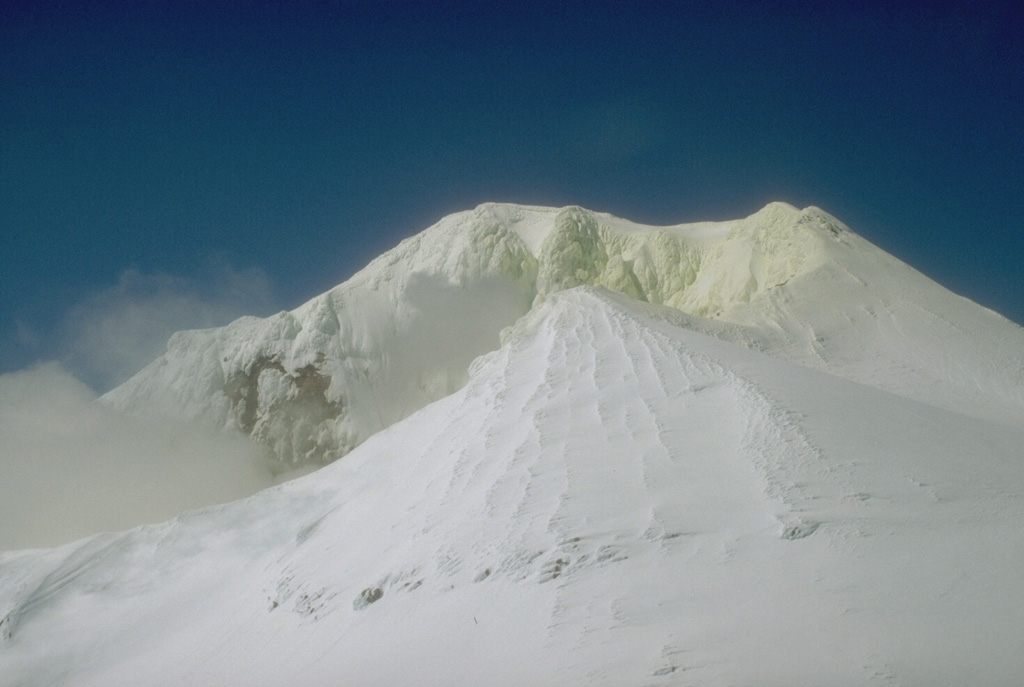 Mount Martin is located at the southern end of the group of volcanoes in the Katmai area. Gases rise from the summit crater and sulfur has accumulated on the snow and ice in this 1990 view. The crater, which opens to the east, is the site of intense fumarolic activity and sometimes contains a small crater lake. 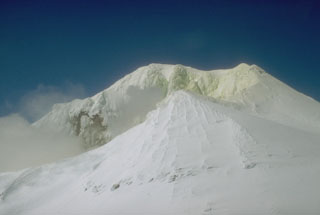