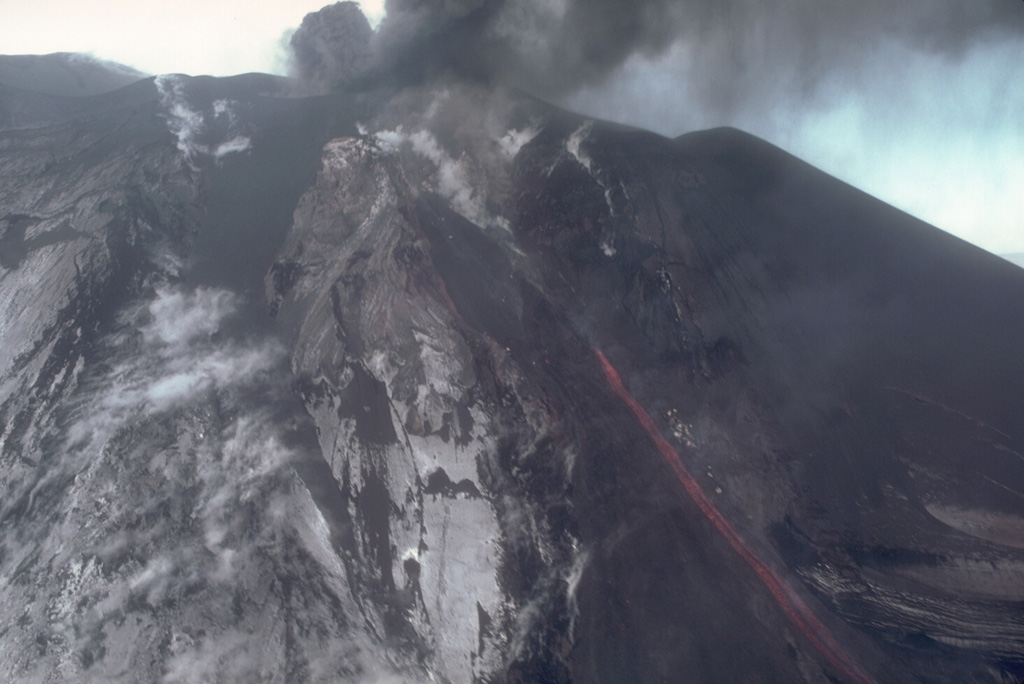 Incandescent lava flows down the side of a scoria cone in Veniaminof caldera on 7 October 1983 as ash plumes rise above the vent. This view from the SW shows the upper flanks of the cone, which is located on the west side of the glacier-covered caldera.