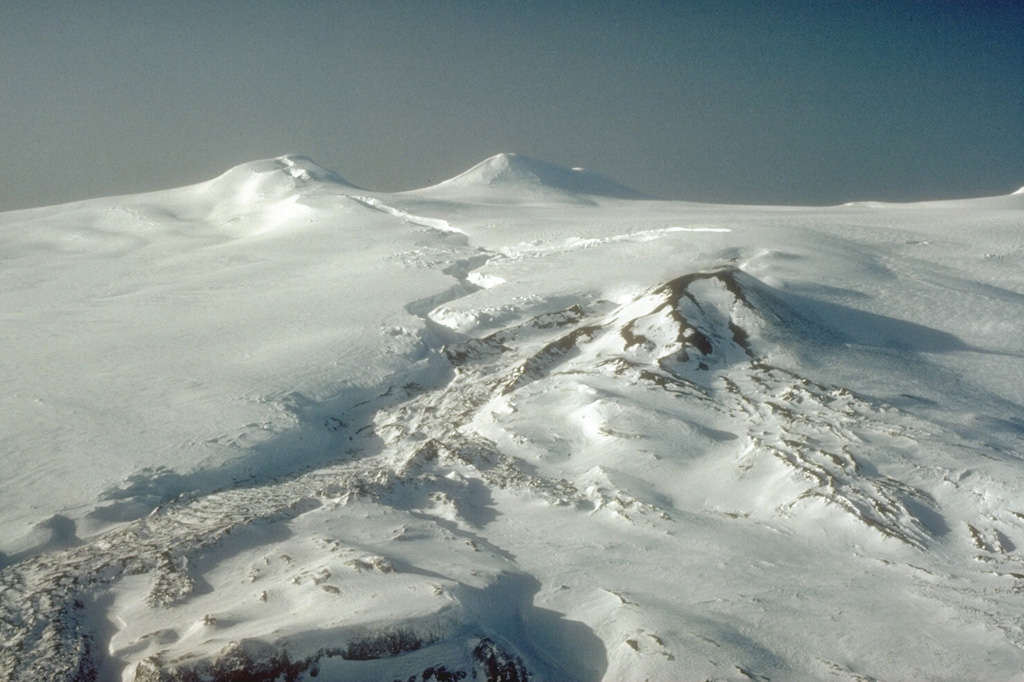 The summit area of Westdahl, located on the southwestern part of Unimak Island in the eastern Aleutians, is seen here from the east. Westdahl Peak (left) and Faris Peak (right) cap the broad Westdahl stratovolcano. The scoria cone in the center-right marks the principal eruption site for the 1991-92 activity. Note the snow-covered lava flow emanating from the cone. The sinuous fissure cutting across the glacial icecap from the summit formed in the opening phases of the eruption and produced lava fountaining.