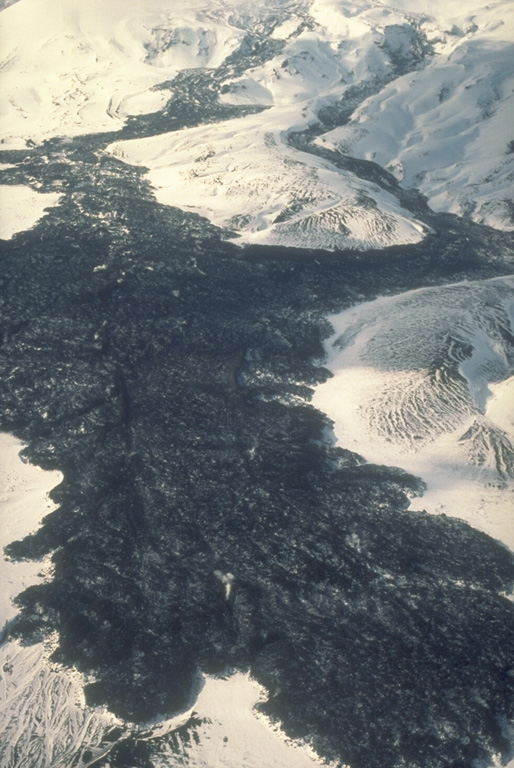 This 1992 view up the eastern flank of Westdahl was taken two months after the end of a major eruption that produced these lava flows. The eruption took place from an 8-km-long fissure that extended from the summit down the east flank and began on 29 November 1991 with a 6-km-high ash plume. The lava flow traveled as far as 7 km from the vent, widening as it reached the lower flanks.