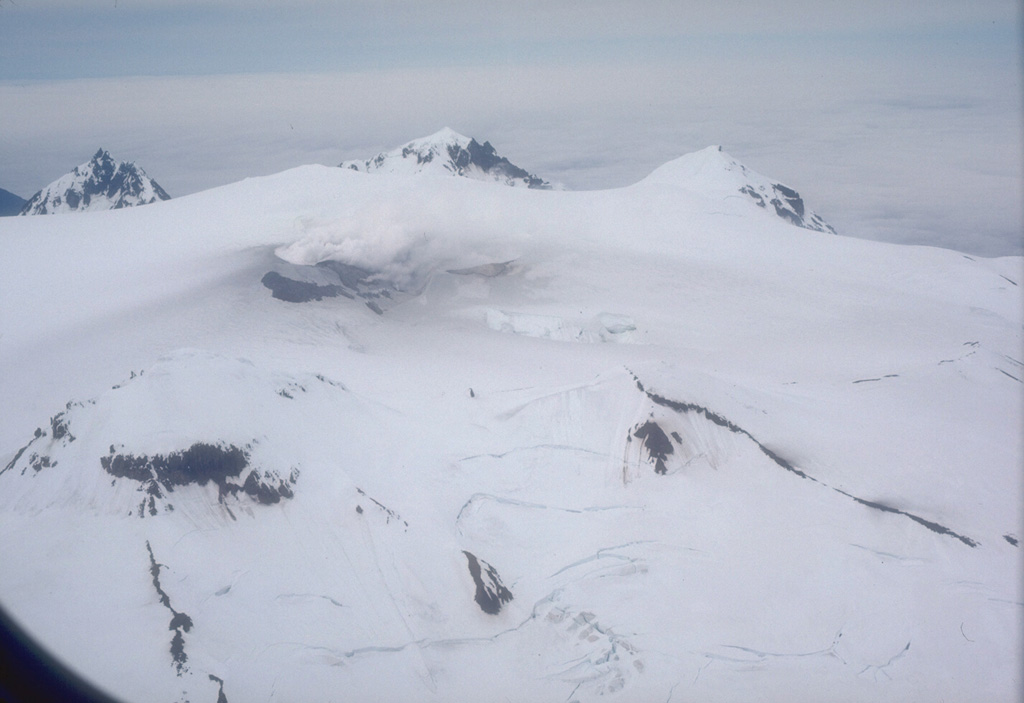 An aerial view of the summit area of Makushin volcano in the northern part of Unalaska Island in the eastern Aleutians, shows a small plume rising from a crater (left center). The broad summit contains a 2.5-km-wide Holocene caldera with a scoria cone that has produced minor explosive eruptions in historical time.